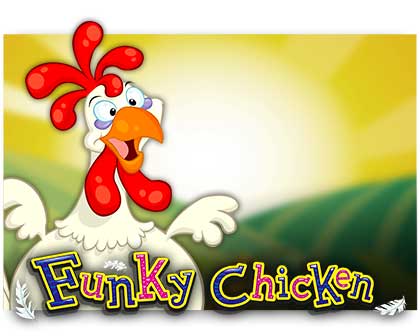 A name such as Funky Chicken made us expect a game with a groovy feel to it. Nothing could be further from the truth. NextGen’s Funky Chicken video slot is swinging as a smoking area with three cigarette butts on the ground.

The cartoon-like design is boring, and the sound effects are dull. The design team did not consider background music necessary either. Maybe they feared the game ending up funky… in the wrong way? 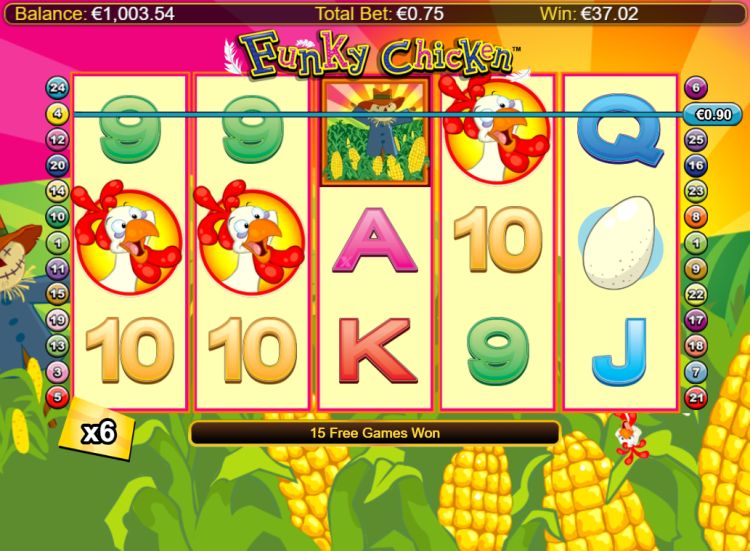 How does the Funky Chicken video slot work?

Before going into the symbols and the corresponding payouts, let’s look at another disappointing aspect of the Funky Chicken video slot. I’m talking about the poor payout rate of a mere 95.34%. That’s skimpy. The variance of the game is medium.

The symbol with the house is good for 500 coins for 5-of-a-kind. The images of the tractor and the egg are the medium-value symbols. 5-of-a-kind on the reels will earn you 250 coins. 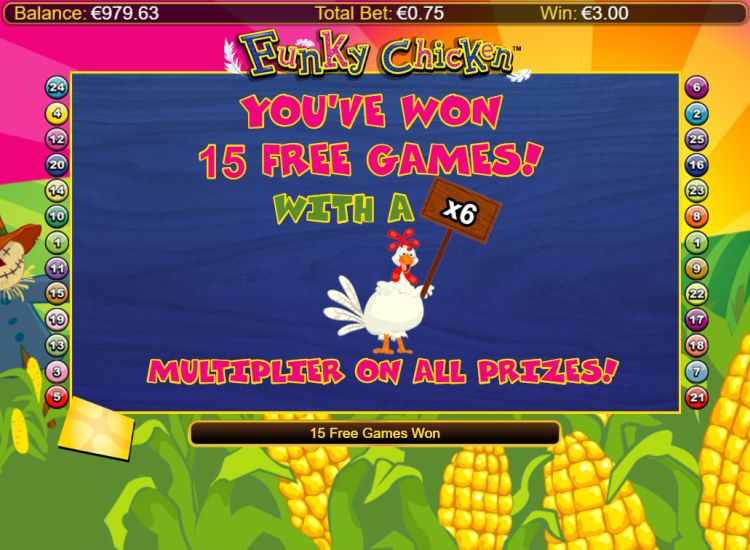 Before you can spin the 15 free spins, the Funky Chicken unveils a mystery multiplier with a maximum of 10 x. This multiplier is used during the bonus game and remains active if you manage to retrigger the bonus game.

It doesn’t get any funkier than this in the Funky Chicken video slot. We have to admit, though, thanks to the high multipliers of up to 10 x, you can win more than decent money during the Funky Chicken Bonus Feature. Hooray? 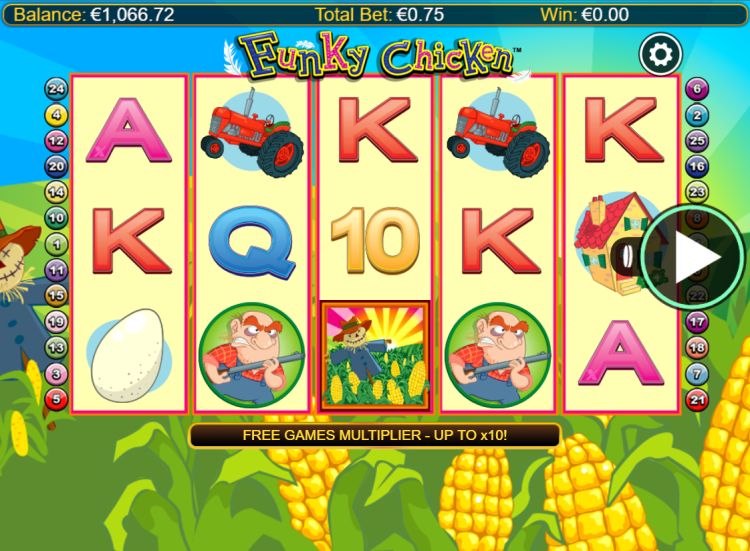 Our verdict on the Funky Chicken video slot

Without a doubt, the developers were lost for inspiration on this project. They might just as well have called this slot Chicken and leave out the Funky part altogether.

The fact that the payout rate is so meagre doesn’t help spark our enthusiasm either. It wouldn’t be a good first impression if this were the first NextGen game you played. Should that be the case, we assure you that NextGen Gaming slots are usually a lot more exciting than this dud.

Just check out Medusa Megaways to get a good grasp of the amazing things this slots provider is capable of.

The Funky Chicken Bonus Feature makes it interesting enough to at least try this slot out. Then again, who knows, maybe lady luck kisses you on the cheeks when you give this simple video slots a try.

However, if you don’t mind, we will dust off James Brown’s Best of Album and listen to it for a while to compensate for the lack of real funk.