Elk Studios is a smaller game provider that chooses to put quality before quantity.

Up until 2017, they only released a handful of new slots every year, but what they do produce is generally of very high quality.

Elk Studios slots are known for their stunning graphics, well-executed themes and brilliant and original bonus features. Route 777, for example, is a mix of a classic fruit slot, a video slot and the LED screen of a pinball machine.

Elk Studios’ slots are usually full of fun and combined with their mini-features, these slots are more than entertaining to play.

Their first releases, including The Lab, DJ Wild and Electric Sam, were a bit quirky and even a little uneven. That feeling disappeared when Taco Brothers, and Wild Toro were released in 2016. These slots became a great success.

Once Elk Studios released higher variance slots, such as Hong Kong Tower, Ivanhoe and Hidden, their reputation was firmly established, and online slots players have been eagerly awaiting new releases ever since.

These slot players have not been let down: in 2018, Elk Studios released eight slots and, in 2019, even ten new slots! Expectations for 2020 are high, and we hope for at least another ten great Elk slots.

We love the slots developed by Elk Studios: they almost always seem to come up with something innovative, and the slots are crafted to perfection.

Do Elk Slots have high variance?

While Elk Studios has been pretty modest initially in 2015 and 2016 when it comes to high variance slots, they have gradually made their slots more volatile.

Besides the increased number of new slots that are released, you can see a definite shift toward high variance slots.

In particular, Chi is exceptionally volatile, with a maximum win of 12,500x the bet. It is the only Elk slot, where the maximum bet is limited to  $€ 20 only. It is to restrict the risk of a player hitting it too big for casinos.

Another volatile slot is Ecuador, where we have seen several wins exceeding 2,000x the bet.

What about the maximum win of Elk Studio’s slots?

Elk Studio slots are becoming more and more volatile. Maximum wins of 5,000x the bet are no longer exceptional since 2018/2019.

Do Elk slots have a good Return to Player?

The Return to Player (RTP) of Elk slots has been around the average, compared to other providers’ slots. Maybe slightly lower.

If you are really into playing high RTP slots only, you won’t find these here.

On the other hand, the payout rates are not in any way abysmal, either.

Another unique feature of Elk Studios games is the option to use the so-called betting strategy. You can choose to have the slot bet for you according to fixed betting patterns.

Consequently, stakes are increased or lowered based on the results of your previous spin(s).

You pick a risk profile and leave the rest to the slot. An interesting development we have not come across in any other online slot yet.

Attention, please! Elk Studios sends Kane on a mission to the Himalayas Our adventurer is on his way to the Himalayas after his successful missions in the Rocky Mountains, Ecuador, Tahiti and the Louisiana swamps. Now he’s in Katmandu, the Nepal capital, at the foot of the impressive Himalayan Mountains. Yes, it’s adventurous and, above […] 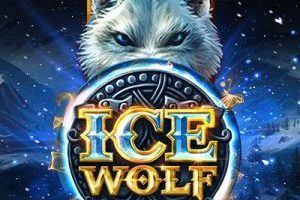 We are always thrilled to see what great new ideas Elk Studios has come up with when they release a new online slot Elk Studios slots are always original, with high-quality production values. We are slots enthusiasts on the one hand and slots reviewers on the other. Ice Wolf is a stunning slot with innovative game […] 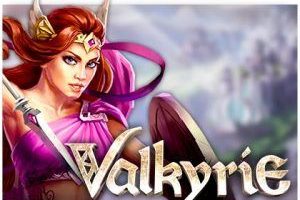 Video slots about Norwegian mythology, 9 times out of 10 are all about the well-known Loki, Thor and Odin Elk Studios likes to do things differently. In this slot, Elk chooses a group of female fighters of the Asgard fort, under the leadership of Valkyrie, as the main characters. And it has to be said: […] 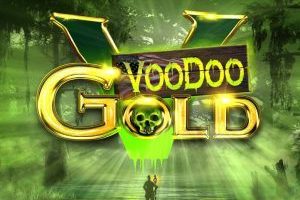 Elk Studios’ action hero Kane is at it again: Voodoo Gold is the third episode where our active adventurer takes the spotlights We have seen this fantastic slot’s exciting features before in the Ecuador Gold slot and the Tahiti Gold slot. We are talking about the avalanche feature, the increasing number of ways to win, sticky wilds […] 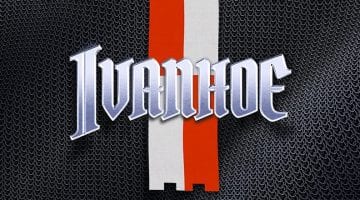 Who still remembers the gloriously nostalgic television series Ivanhoe? Starring pious knight Ivanhoe who stood up for the less fortunate and fought against the rich much like a kind of one-person A-team (before such a thing was even thought of). Roger Moore, who has since passed away, made Ivanhoe into an unforgettable television hero. Little […] 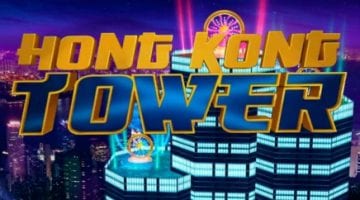 Hong Kong Tower is an Elk Studios slot with a more serious vibe compared to their humorous “Sam On the Beach” and “Bloopers” slots The city of Hong Kong is a buzzing metropolis with skyscrapers, fast-paced business people and slick criminals. One of the famous Hong Kong Towers is at the centre of this slot. […]

Hidden is an online slot developed by our much-beloved Elk Studios This video slot has 178 ways to win, and it takes you on a journey to the pyramids of classical Egypt. You can win two awesome bonus rounds, both of which have their own way of generating considerable payouts. It took us some getting […] 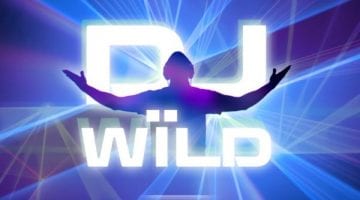 Pumping beats, an ecstatic crowd, a private jet to the hottest clubs of Miami, Florida – with DJ Wild, you’re the star of the night! With DJ Wild, Elk Studios developed an excellent online slot with 10 paylines and 5 reels. Look out for the exciting respin wild feature that will for sure raise your […] 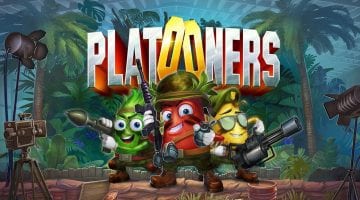 Platooners is an Elk Studios video slot by Elk Studios, who by now has become one of our favourite casino game producers The theme is a jolly crossover of the Vietnam War. It feels just as weird as it sounds. The crazy little men from the Bloopers slot are now running around in camouflaged outfits […] 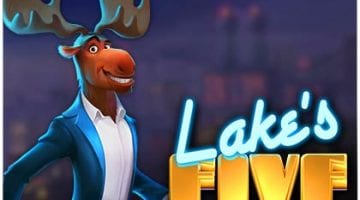 Lake’s Five is an online slot by a game provider we really love, Elk Studios This slot’s storyline follows a band of animals on the loose who decides to get out there together and pull off a big heist. It is a colourful collection of creatures: a goldfish, a monkey, a crocodile, a parrot and […]