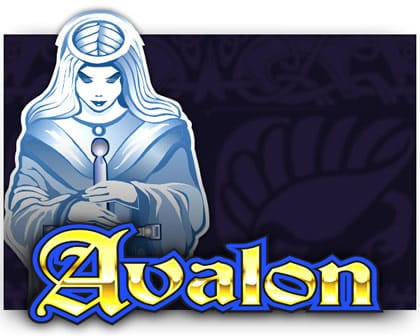 Avalon is a classic Celtic mythology-themed Microgaming slot. One of the greatest mysteries in history, the island of Avalon, is highlighted in this video slot.   According to this story, King Arthur rested in this mysterious place until he woke up again to save England.

One of the greatest mysteries in history, the island of Avalon, is highlighted in this video slot.  According to this story, King Arthur rested in this mysterious place until he woke up again to save England.

The island of Avalon is also the place where the Excalibur sword of the legendary King was forged.

In any case, this slot has an ideal theme for players who love a game with a mystical story.

With a theme of such a legendary story, we expected more top-class animations. The graphics of the Avalon video slot are a bit too simple.

Fortunately, the background music is much more exciting than the visuals and creates just the right atmosphere.

Nevertheless, the game is popular among a large group of players for several reasons.

One is that you can win up to a massive 3,000 x your total bet in the primary game. In the mysterious bonus game, you have even better chances to get a massive payout. There you can get up to 12 free spins and a multiplier of 7x. 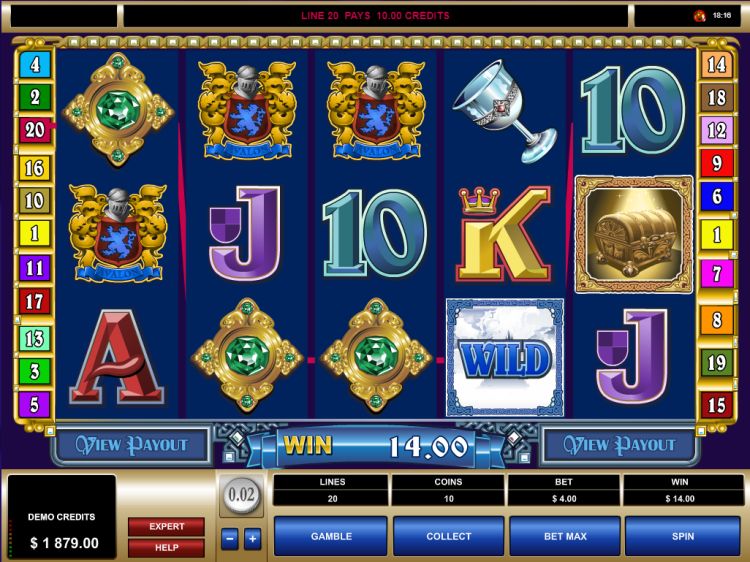 How does the Avalon video slot work?

The Avalon video slot has a pretty basic screen with the standard 5 reels and 3 grids.

The game has 20 variable paylines on which you have to make the winning combinations.

You need three similar symbols from the left reel to the right to get a winning combination. The only exceptions are the crowns: you already win a prize with two symbols on the reels.

The theoretical payout percentage (theoretical RTP) of 96.01% is slightly higher than the average of online video slots, which is pretty good. The Avalon slot is a medium variance slot. 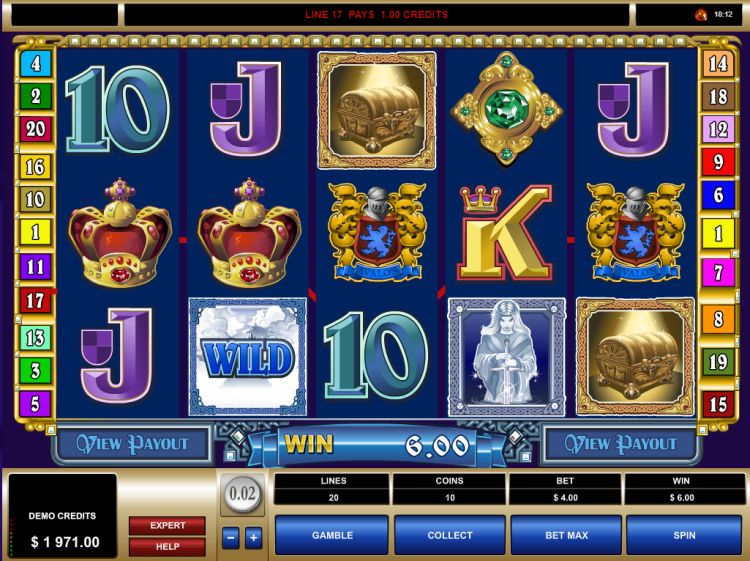 The primary game consists of 4 Celtic-themed symbols and 5 card symbols. The best paying symbol in the primary game is the crown of King Arthur. If you get a five-of-a-kind of this high winning symbol, you win a staggering 800 coins per payline.

If you spin a five-of-a-kind of the symbol with the silver cup, you win 400 coins per payline.

The game’s low win symbols consist of the well-known card symbols: A, K, Q, J and 10. With a five-of-a-kind of these win symbols, you get yourself up to 150 coins per payline.

You recognize the Wild symbol by the picture of the mythical island of Avalon. If you manage to spin a five-of-a-kind of the Wild symbol on the reels, you will win a blistering 3,000 coins per payline.

The Wild symbol replaces all other symbols of the game except The Lady of The Lake scatter symbol.

Gamble feature – double or even quadruple your winnings

The Avalon video slot also allows you to try your luck with the Gamble Feature. Just by choosing the right colour or card symbol, you can double or quadruple your winnings.

But wait, there’s more! There is an exciting feature that can award you even higher prizes. 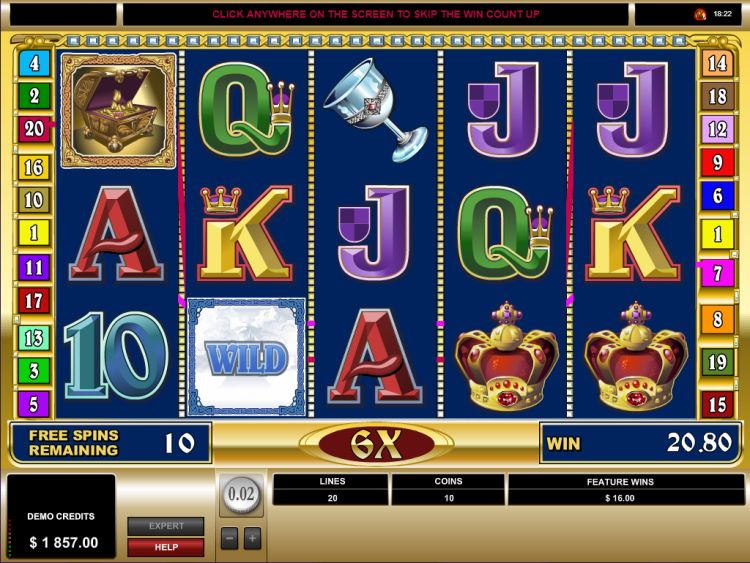 If you spin 3 or more of the Lady of The Lake symbol, you trigger the Free Spins Bonus game Feature and get 12 free spins with mystery spins.

During the Free Spins Bonus game, a symbol with a gold box can also appear on the reels. This golden box symbol is an extra Wild symbol, and it replaces all other symbols except the Lady of The Lake scatter symbol.

With each winning spin, you also get a random multiplier that can reach up to 7x. Combined with 5 Wild symbols on the reels, you can take a prize of a surreal and magical 21,000 x your total bet. 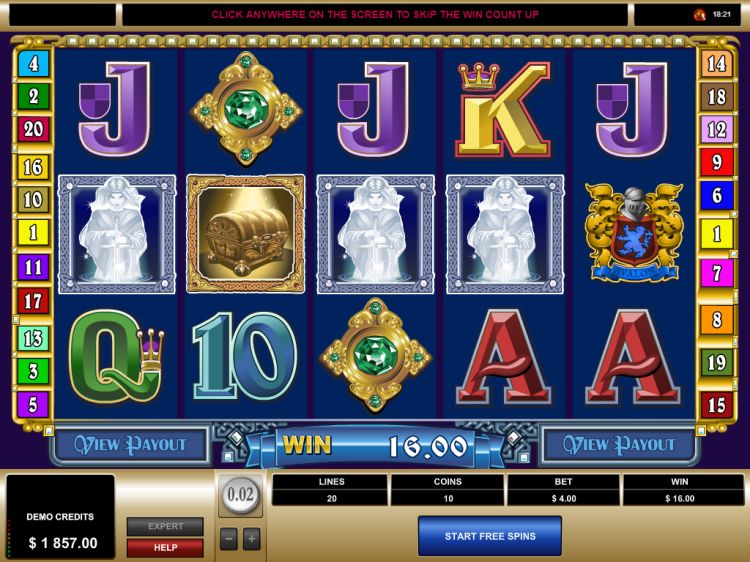 Our verdict on the Avalon video slot

The Avalon video slot doesn’t impress us with its graphics. It lacks the beautiful animations that such a legendary story deserves.

The Free Spins Bonus Game Feature makes up for that, though.

The maximum multiplier of 7x can earn you a mind-blowing prize of 21,000 x your bet.