These slots are all pretty brutal and overwhelming. In particular, Testament and Demon. If you don't have a thing for hard rock music, these slots are probably not your cup of tea. Not with Twisted Sister, though. And it helps that there is a lot of humour built in the slot. Thanks to Angry Dad.

Twisted Sister is yet another rock-themed Play’n GO slot, with a good dose of humour and medium variance

Last year, Play’n GO released no less than five rockers slots, where an existing hard rock band is calling the shots. We are talking about Sabaton, Demon, Black Mamba, Testament and Annihilator.

Often it’s all too much for him, and he gets pretty angry. The most beautiful thing is that he’s also challenged and even provoked by the band members. To the boiling point!

Can you take it any longer?

Paylines: cluster pays on a 6×6 grid

I guess you can take that! 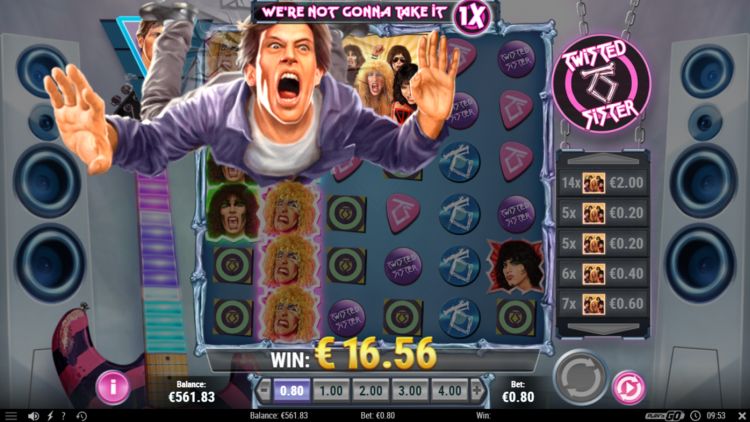 It’s a cluster pays slot, with a grid of 6×6. You get a winning combo if you have a cluster of at least five symbols that touch each other either horizontally or vertically.

As soon as you have a winning combo, these symbols disappear, and new symbols drop from above (Avalanche, Cascading or Tumbling mechanism).

The premium symbols are the five band members of Twisted Sister. Dee Snider (the lead member and the only one with blond hair) is the best paying symbol.

Furthermore, you have a symbol with all the five band members singing together. This symbol can be combined with all other band symbols to get a winning combo. It is, therefore, very useful.

You also have a Wild symbol. It replaces all symbols except the scatters.

And last but not least, an Angry Dad. It is the Wild Scatter symbol.

You see a guitar on the left side. After every winning combo with a band member, the guitar is filled up.

With this, you can activate a band feature (a kind of booster). It happens automatically and randomly. There are three boosters, and all help you to get more winning combos. 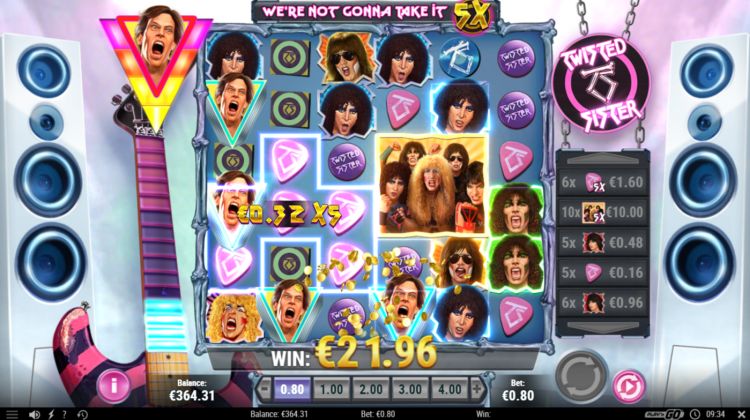 “We’re Not Going To Take It” Bonus Feature – how do you activate it?

You can activate it if you manage to make at least four winning combinations with an Angry Dad in one spin.

But hopefully, you’ll get more. For each additional winning combo with an Angry Dad, you increase the multiplier by +1. For example, if you spin 7 winning combo’s with Angry Dads, you get a multiplier of x3.  That makes a huge difference.

The multiplier is active throughout the entire Bonus Feature.

Now you get a 2 x 2 symbol of the band members. This mega symbol moves through the screen and makes winning combinations with all the Angry Dads present on the screen.

It can take a long time, because (thanks to the Avalanche Mechanism) new Angry Dads can appear on the screen.  And he is quite persistent, as we all know by now!

In short, lots of fireworks, entertainment and potential for great prizes! Can you still take it? 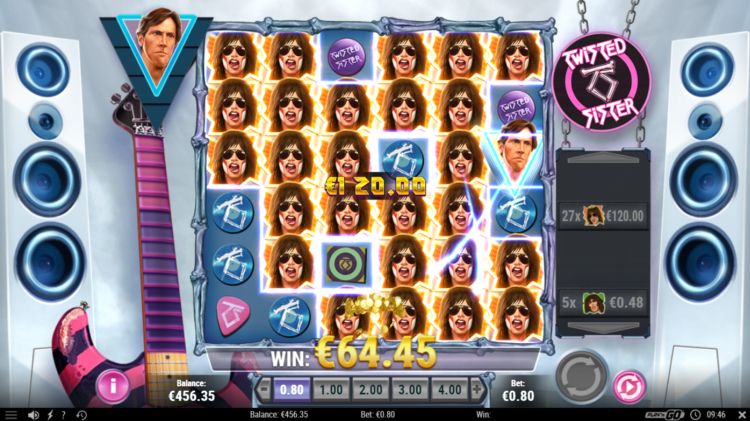 RTP (return to player): The standard payout percentage of Twisted Sister is 96.20%. However, there are online casinos that offer the same game at a lower RTP. In short, always check the game rules with Play’n GO slots.

The variance (volatility) of Twisted Sister is medium.

The variance of Twisted Sister is (according to Play’n GO ) “medium.”

We expect most top prizes to be around 250x to about 500x the total bet. The odds of landing the top prize of 4,500x the bet is only theoretical.

Other Play’n GO slots with comparable volatility are Sweet Alchemy, Raging Rex of Rich Wilde and the Tome of Madness. 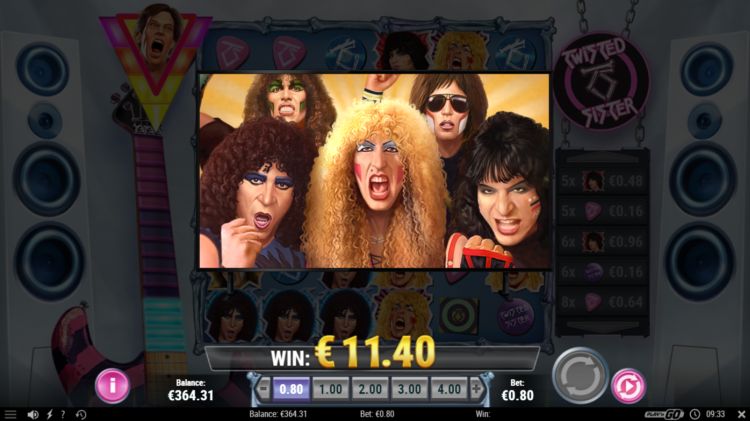 So, who will like this slot? And who won’t?

Most players will love this slot. It oozes fun and features old-fashioned eighties party rock that is guaranteed to put a smile on your face.

What’s more, the slot has a medium variance. So you don’t run too much risk. Game fun is paramount here.

You will find Twisted Sister at all trustworthy Play’n GO casinos, including these outstanding choices: