Their motto, “A Math First Studio,” is at least striking. Mathematics trumps gaming fun? Or is the amount of gaming fun a direct result from the right mathematical model? We think the latter. The most popular slots all have one thing in common: the mathematical model provides a solid foundation. That means that the balance is right, and the player doesn’t get the feeling of being hopelessly out of luck.

As you may know, Microgaming doesn’t develop games themselves anymore but has them designed by dozens of preferred suppliers.

This formula causes their game offerings to be very unpredictable: the quality of Microgaming slots ranges from very weak to excellent.

So it’s always a matter of wait and see what kind of new Microgaming release they cranked out.

Especially when this new one is from a completely unknown game studio like SpinPlay Games, we had never heard of them, so we had a look at their site.

That did not tell us much. They have only made two games so far: Roman Power and Almighty Aztec.

Anyway, back to Roman Power, is it any good? 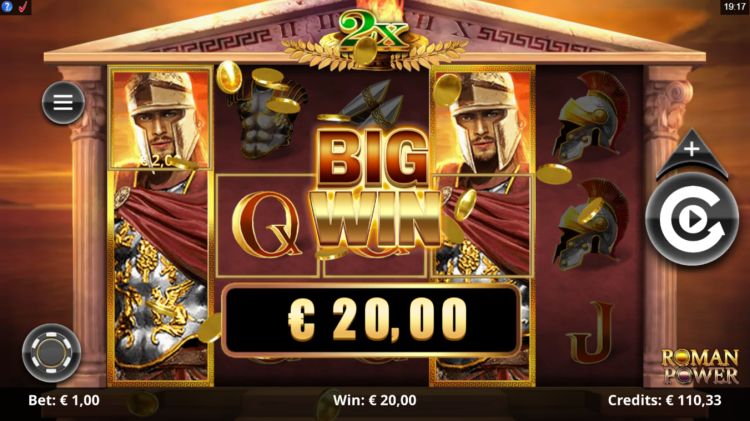 A Roman Empire theme, a maximum payout of 4,000 x the total bet, expanding wilds and mystery multipliers; that’s Roman Power in a nutshell.

It’s a pretty simple slot machine, without even a real bonus feature. And yet, it all works like a charm.

You play with 20 fixed paylines, divided over 5 reels with 3 rows of symbols.

The variance is medium to high, and the theoretical payout rate is 96.18%, which is on par.

Roman Power revolves around, could you have guessed it? – the once so mighty Roman Empire.

For years, the Romans have served as inspiration for many beautiful online slots, such as Victorious (Netent), Champions of Rome (Yggdrasil), or Nero’s Fortune (Quickspin).

Win mystery multipliers up to x 10 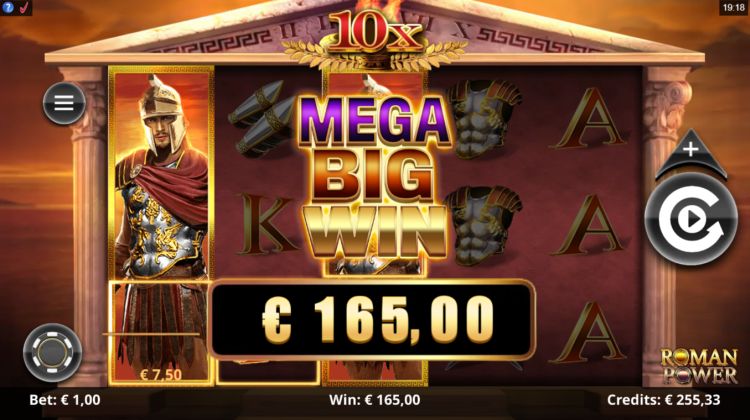 The Roman warriors are wild and, at the same time, the highest paying symbol, earning you 20 x the total bet.

The high symbols consist of combat attributes such as a harness, a helmet and spears. Spin five identical symbols on an active payline for prizes between 6.25 x and 12.50 x the total bet.

The Roman Power video slot doesn’t offer a separate bonus feature, but strangely enough, we didn’t miss it either.

The expanding wilds are beautifully animated, and the Power Multipliers regularly provided us with big lucrative treats. 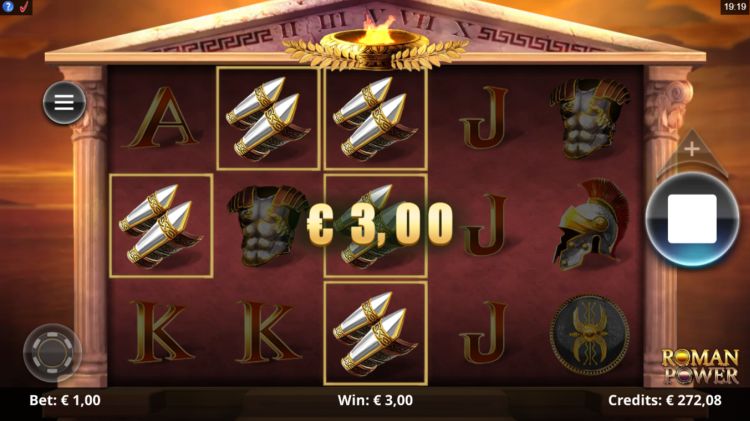 Our verdict on Roman Power

We are pleasantly surprised by the Roman Power video slot and its creator SpinPlay Games.

The slot looks top-notch, the theme works well, and every spin can generate big money.

It keeps your adrenaline level up, so you are always “on,” and you don’t get a moment to relax and catch your breath.

In other words: you won’t get bored for a second, despite the lack of a free spins bonus.

We look forward to SpinPlay’s next Microgaming online slot.