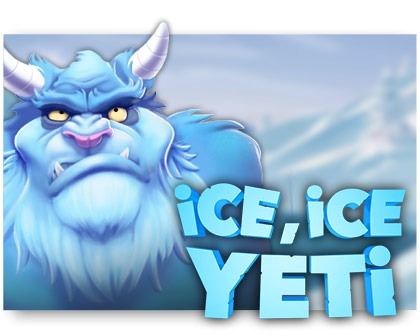 Ice Ice Yeti is a top-notch online video slot, with a unique ‘spin till you win’ feature with a progressive win-always dynamic and additional wilds.

Sadly, this is not a slot game about Vanilla Ice, but Ice Ice Yeti certainly stands its ground.

The terrible snowman takes the lead in this rock-solid video slot by game developer NoLimit City.

NoLimit City is a software studio that isn’t very well known yet, but its reputation is rising rapidly.

That is why huge payouts on this slot are possible: the reels can lead you to 16,807 ways to win. 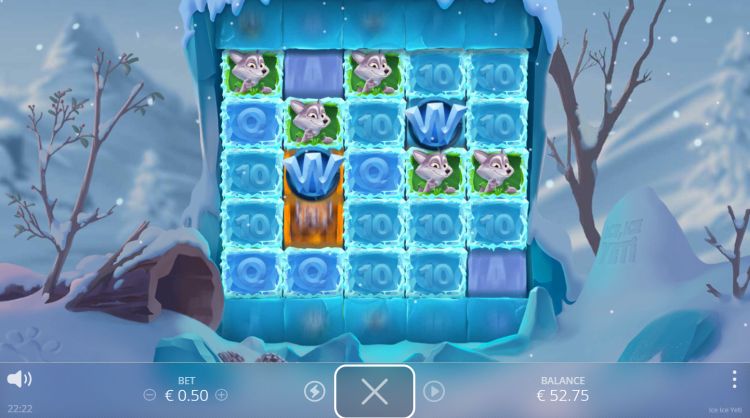 How does the Ice Ice Yeti slot work?

The theoretical payout rate is 96.16%, and the variance is high.

Except for the wilds, there are 8 symbols in the game.

The 4 premium symbols consist of 4 rascals — these mischievous animals payout between 10 and 25 coins to a 5-of-a-kind.

The low symbols consist of the card symbols 10, J, Q, K and A. These all pay out 5 coins for 5-of-a-kind. But, don’t be mistaken, even the low symbols can end up generating big payouts. The Yeti Shakes and especially the Yeti Respins take care of that. 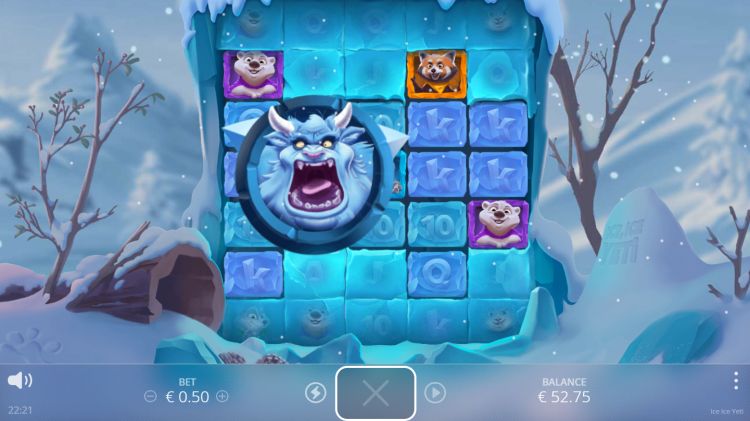 The ice blocks above and below the reels can crack during a spin, revealing additional symbols. These can be regular symbols or wilds. These so-called “Yeti Shakes” award you a minimum of 2 and a maximum of 10 new symbols.

Now the fun starts, but only when the Yeti is hidden behind the ice blocks. Then he jumps out and releases a gigantic roar.

In its place comes a wild symbol and the Yeti cracks a few more ice blocks anyway.

But this is just the beginning. The Yeti can also show itself during the respins and provide extra wilds and additional ways to win. 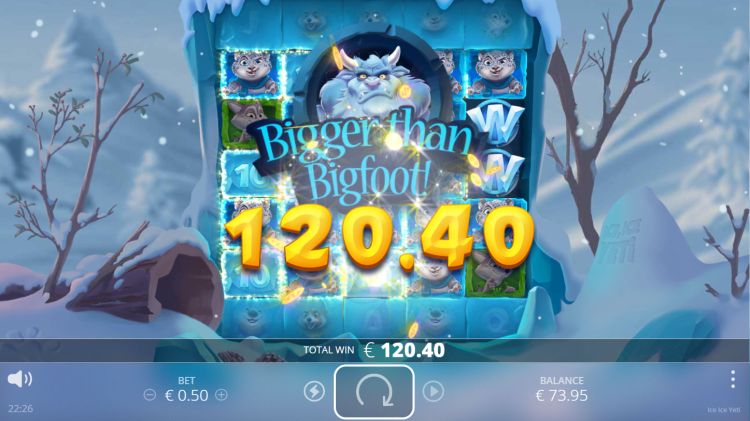 What is our verdict on the Ice Ice Yeti slot?

Except for the fun name, this slot is also just a top-class release by NoLimit City.

The game mechanism is original and the respins and extra wilds build up the tension nicely. Every time you make one or more extra winning combinations, you earn a free respin. It is a kind of Jack Hammer on steroids.

Apart from the funny theme, they also put a lot of attention to detail.

You would expect that the lack of a real free spins bonus or other significant bonus features would weigh in heavily, however at the end that turns out to be not the case.