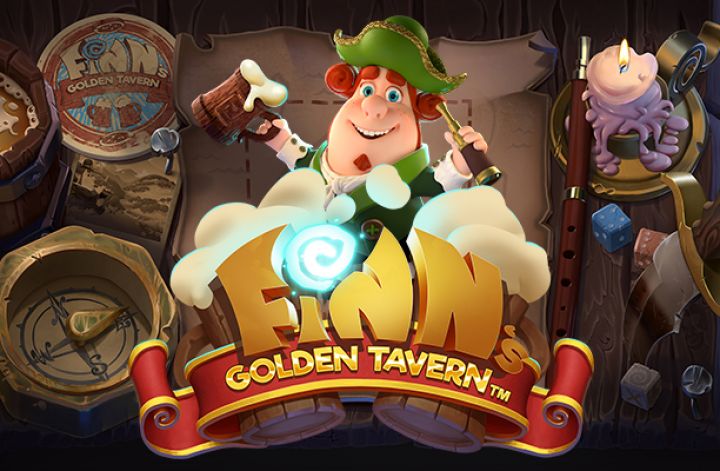 The success of the Finn and the Swirly Spin slot surprised us somewhat. The spiral-shaped playing field may have been unique, but the gameplay was far too slow and monotonous to our taste. Also, it was hardly possible to land big prizes.

Anyway, to each their own. Apparently, plenty of people do like this game concept, and that’s absolutely fine.

With Finn’s Golden Tavern, Netent decided to keep many things the same (the game mechanism has remained intact), and only some minor changes have been implemented.

For example, our Irish Leprechaun Finn has moved from the outdoors to a traditional cosey pub, as there are so many in Ireland. The big upside to that is, we don’t see Finn’s weary head anymore.

Those green dwarfs with a red pub crawl nose and a shrill squeaky voice, they get on our nerves.

What is the theoretical RTP, variance & maximum win of Finn’s Golden Tavern?

The theoretical payout of Finn’s Golden Tavern is fair and 96,1%. However, it is half a percent lower than that of the Finn and the Swirly Spin slot, and therefore a missed opportunity.

It is not specified what the max win of this slot is. Netent qualifies this as a “low to medium”  variance slot. The top wins are typically around 500x the bet. Consider yourself more than just lucky if the win would exceed the 1,000x the bet. Chances to such as win are extremely marginal. 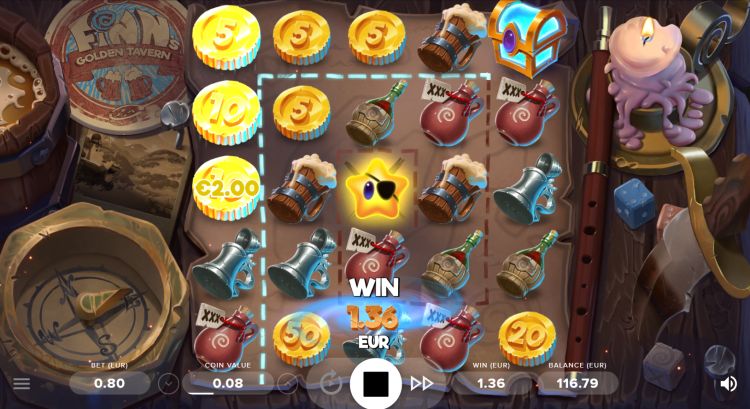 Finn’s Golden Tavern is a so-called Grid Slot, played on a matrix of 5 x 5 symbols. Winning combinations occur on horizontal and vertical paylines.

Winning symbols disappear, after which other symbols take their place, and new winning combinations can be created. Meanwhile, the symbols are guided through a kind of spiral-shaped maze.

Quite similar to the Zuma slot game.

At the bottom left of the screen is a treasure chest, and you have to lead this treasure chest to the middle of the maze. That’s the concept. If you manage to do that, you’ll win the free spins bonus. 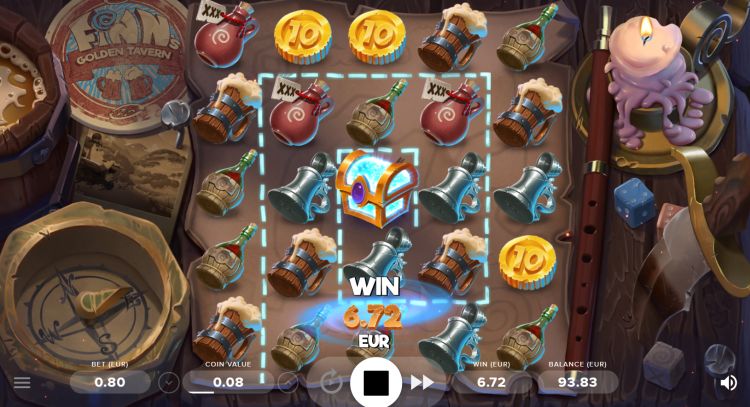 The gold coins contain different values: between 1 x and 5 x the total bet. In a winning combination of 3 or more coins, all coin values are added up.

The premium symbols are four bottles and beer mugs; Finn pours the drinks for his guests in the tavern. Spin 5 of the same symbols for a payout of 5 x the bet.

Sometimes Finn suddenly gets fed up and hits the table with his fist. You shouldn’t be alarmed, because Finn means well. His fist’s blow causes a gold coin to move a position on the reels, creating a winning combination.

At the end of a spin, this mini bonus feature can reward you with extra gold coins, which take the place of lower value symbols.

Can you guide the treasure chest to the designated cross in the middle of the playing field?

Then you win 5 free spins. This may seem a bit low, and sometimes it feels the same way.

Every 5 wilds you generate, increase the multiplier on the left side of the screen. This multiplier applies to all free spins for the rest of the bonus.

Unfortunately, you only get 5 free spins, and this bonus feature is sometimes already over with the blink of an eye. 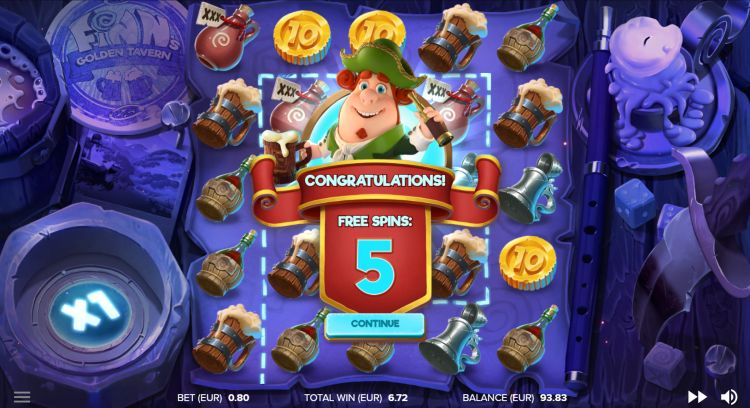 Our verdict on Finn’s Golden Tavern

We weren’t a big fan of Finn and the Swirly Spin, so we weren’t looking forward to Finn’s Golden Tavern all that much.

You won’t get blown away by any bells and whistles because there are none.

The RTP is a bit disappointing as well and lower than most other Netent slots.

If you seek more thrilling and higher wins, you should try one of the high variance Netent slots.

This is an excellent slot for the novice slot player who wants to get acquainted with the beautiful world of online casinos and slot games without too much risk.