The literal meaning of Bushido is "the way of the warrior" and stands for a moral code for behaviour, lifestyle and attitudes for Japanese samurai. And a geisha is a female Japanese performance artist, with a kimono and perhaps also a femme fatale?

It speaks for itself that such a theme works well with risk, which brings us to Bushido Ways xNudge. It’s an extremely volatile slot, and the max win is a blasting 30,000x.

The slot has 5 reels of 4 symbols each and works with the win-all-ways mechanic. There are 1024 win ways, but there are splitting symbols, and therefore, in the best case, you can have 12,288 ways to win.

The three high-paying symbols are the three Japanese warriors (or samurai), of which the red one is the best-paying one with 2x for a five-of-a-kind. The lows are the 10, J, Q, K and A. There are also Wilds and Bonus symbols.

There are some exciting features, helping to increase the win potential in this game. 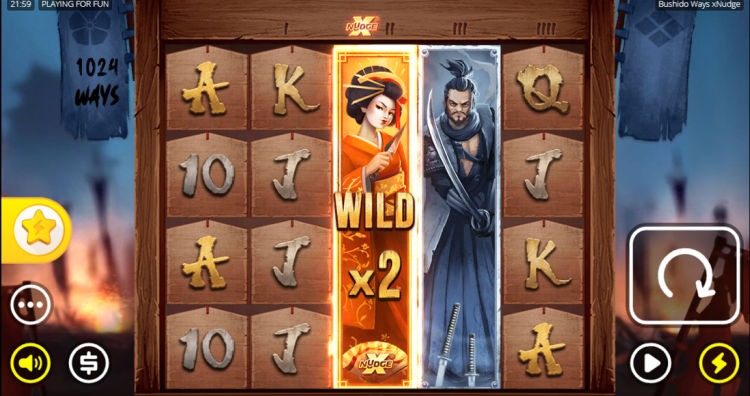 On the middle reel, you (sometimes) get to see the Geisha Wild, which works with the xNudge feature and always nudges till it’s fully stacked on the reel. Each nudge increases the win multiplier by +1. In the best case, the Geisha Wild gets an x4 multiplier. The Geisha Wild symbol replaces all symbols except the Bonus symbols.

On reels 2, 3, 4, and 5, you’ll see “regular” Wilds, and these also substitute for any other symbol (except the Bonus symbols). 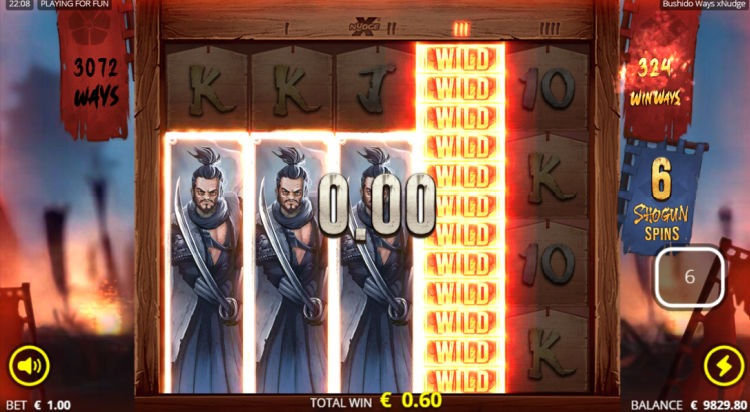 How do you trigger the free spins?

There are two types of free spins: the Shogun free spins and the Geisha free spins.

If you’re so lucky to land the Geisha Wild (on the middle reel) simultaneously, you get access to the way more lucrative Geisha free spins.

Each additional nudge required to get Geisha fully stacked results in one more free spin. More important, though, is that each extra nudge gets you a permanent (sticky) multiplier for all the remaining Geisha spins.

In the best case, you need three nudges so that you’ve got a stacked Geisha wild with an x4 multiplier for all the free spins.

You see many wilds slicing on the reels, and if you’ve got the Geisha Wild on the middle reel with possibly an x3 or x4 multiplier, it can become an incredibly lucrative session.

You’ll see many wilds on the last reels that will slice into many more wilds.

Below you have the perfect illustration of how lucrative a spin can be with the Geisha free spins. 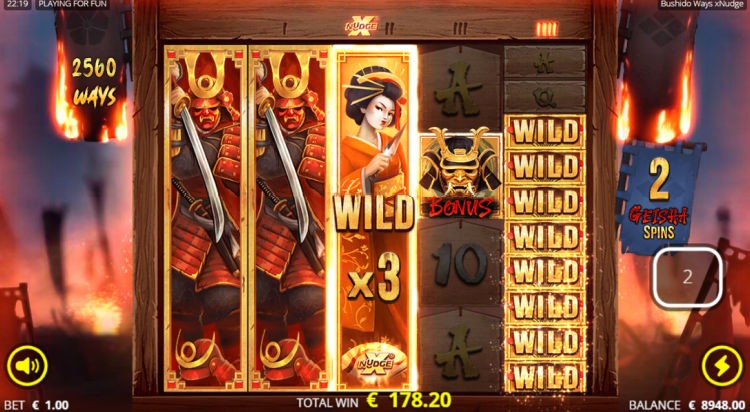 On reel 4, you have the Bonus Symbol that undergoes the Oni Transform and becomes the red samurai. 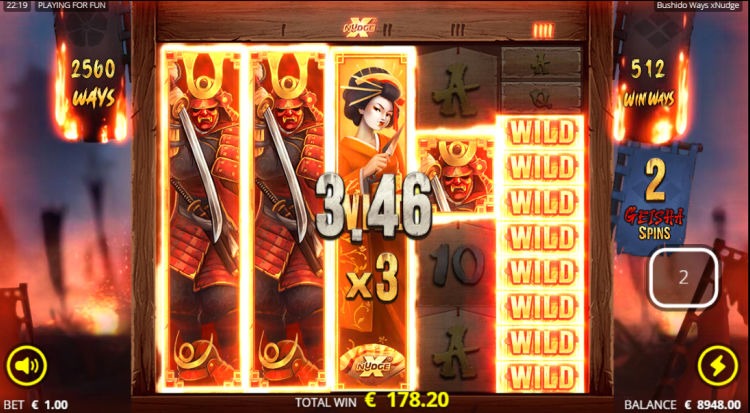 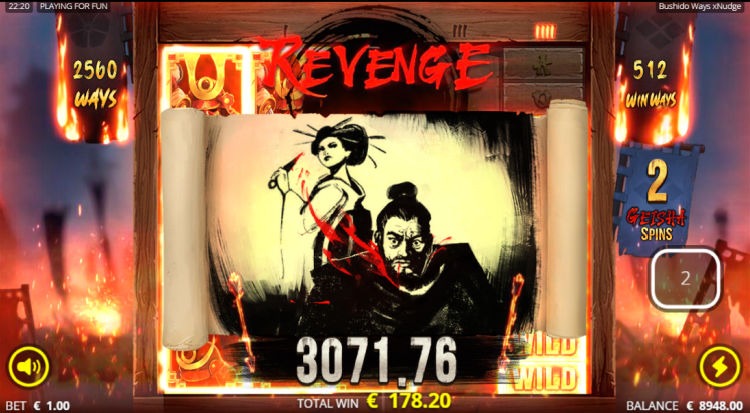 But the Geisha Wild has an x3 multiplier, so indeed, the win is well over 3000x with that single free spin!

The good news is that the RTP increases to 96.13% if you buy the Shogus free spins with the Bonus Buy feature and 96.82% if you go all the way and buy the Geisha free spins. That way, it’s indeed one of the better-paying Nolimit City slots!

Again, does Nolimit City make all her efforts to persuade you to go for the max! Can you resist?

It comes as no surprise that we’re talking about an extremely high variance slot (10 out of 10 according to Nolimit City). The game is released this week and already have I seen wins of around 10.000x!