Berry Burst MAX is the same slot as Netent’s Berry Burst, but with a much higher win potential

Berry Burst was the successor to Starburst, the most played online slot ever. Berry Burst certainly had some advantages over Starburst, but what was missing was the feeling that you could win huge prizes.

The maximum prize is 3,000x the bet at Berry Burst, but that chance is minimal.

The slot is the same, but the maximum prize is a massive 6,000x the bet.

As many players are looking for more volatile slots since 2018/2019, this MAX variant is precisely what players want to see.

Netent also did this clever trick with Victorious MAX, the MAX version of Victorious. We expect that Netent will do this more often to cater to those seeking higher prizes. 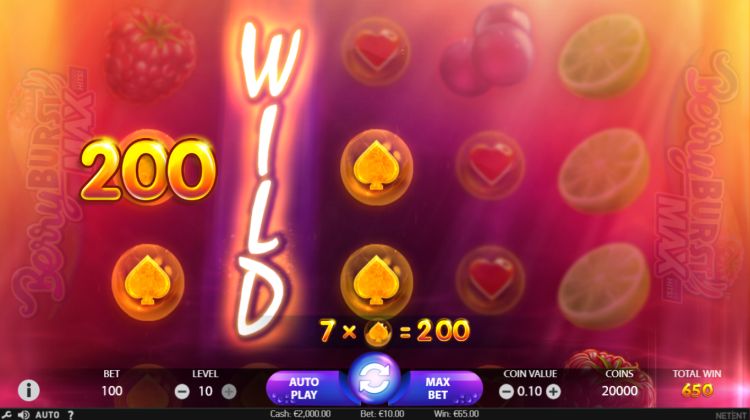 The gameplay of this Netent slot is the same as Berry Burst.

The only difference is the mathematical model.

So briefly: It’s a cluster pays slot, with 5 reels of 3 rows of symbols. You get a win when you have at least five identical symbols touching each other.

Besides, this game has collapsing wilds (it unfolds over an entire reel). If this happens, you get a free re-spin. 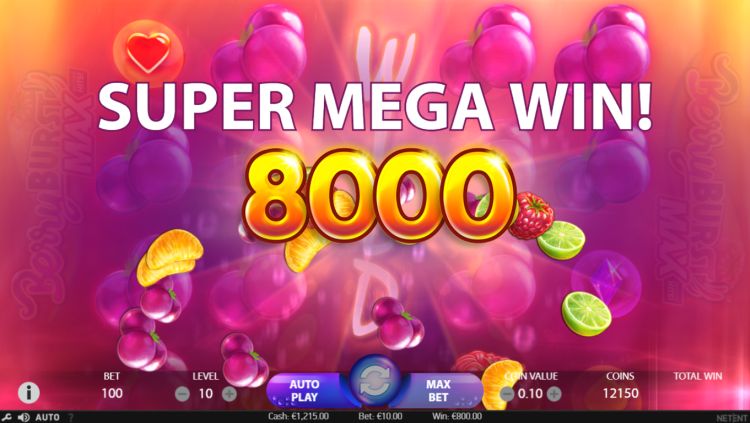 According to Netent, the variance of Berry Burst MAX is high.

The downside is that there is less room left for the medium-sized prizes and the smaller prizes. In the end, money has to be “saved” to pay out those few big wins. 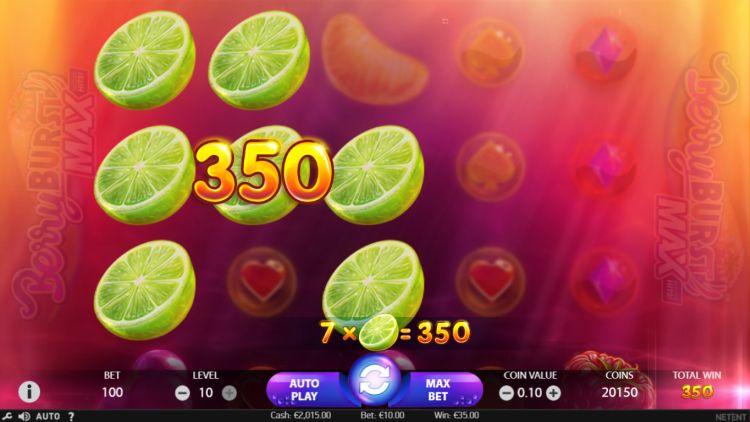 Berry Burst MAX slot – pros and cons of this slot

Berry Burst MAX slot – who will like the slot? And who won’t?

This slot is perfect for players who love Starburst or Berry Burst but are looking for a (much) higher win potential.

If you don’t like the increased risk, you’d better stick to Starburst or Berry Burst.

Simple looking slots without all the features can be very refreshing at times. But some may find it a boring slot. It’s just what you prefer!

You will find Berry Burst MAX at all reliable Netent casinos, including these outstanding choices: