Hugo, the famous cartoon character from Denmark, continues to delight us with new, fun slots

Both the original Hugo video slot and  Hugo’s Adventure scored points with us in the past.

With the Football World Cup 2018 in Russia, many game providers released slots revolving around soccer/football to piggyback on the attention a World Cup naturally attracts. 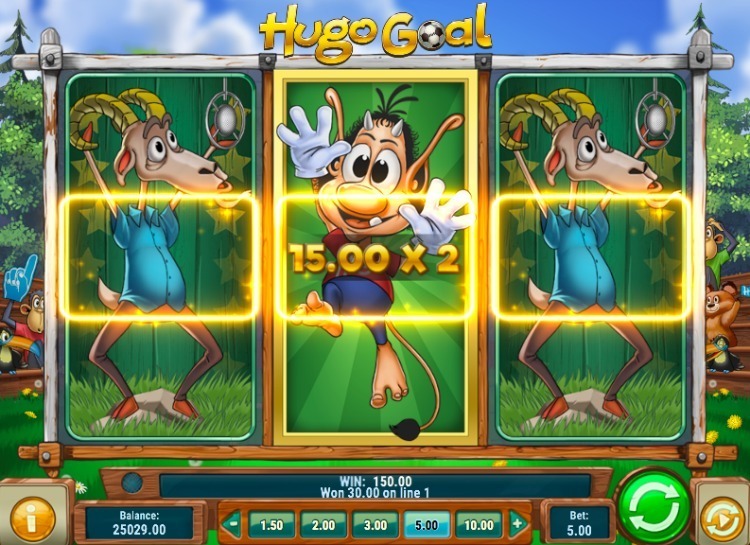 Funny troll Hugo is still alive and kicking, but the game has been kept simple. Thankfully, even with only three toes, our friend Hugo has quite some decent skill moves.

There are 3 reels with 5 paylines. The minimum bet is only $€ 0.05, whereas the maximum bet is a daring $€ 100 per spin. This way, both low-risk players and high rollers can enjoy themselves playing Hugo Goal.

The theoretical payout rate of Hugo Goal is a decent 96%.

Hugo himself serves as a stacked wild. If you manage to spin this goofy troll 3 x on an active payline, you can grab yourself 16 x the total bet.

The other cartoon characters have values between 3 x and 5 x the total bet. The low paying symbols are worth anywhere between 0.4 x and 1.2 x the bet with three-of-a-kind.

Sometimes it’s a dud. Other times it pays off. 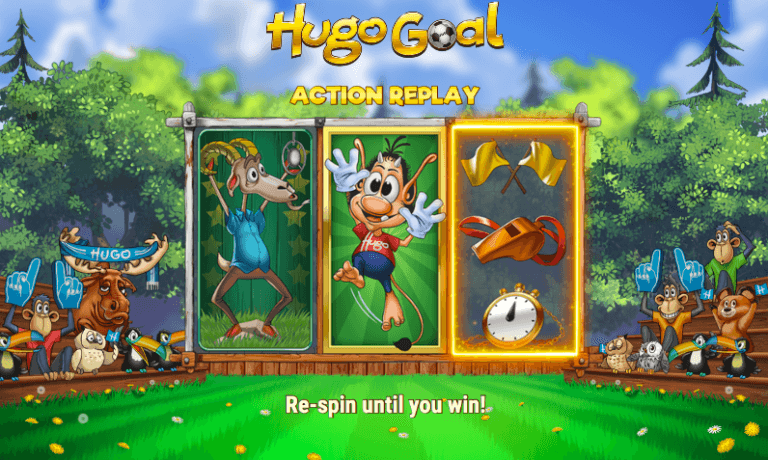 If you spin a full screen with the same symbols, you’ll qualify for the penalty game. Here you can try to land extra multipliers, which can amount to a smashing 10 x your bet.

Hugo needs to defend the goal as well as he can. Every penalty kick he stops gives you a higher multiplier.

There’s a total of 5 penalty kicks, meaning you can earn five extra multipliers. 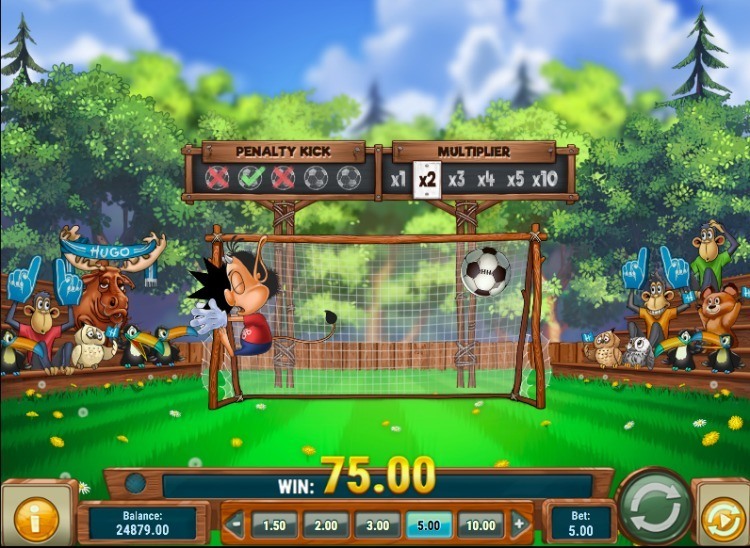 Our verdict on Hugo Goal

Hugo Goal is a witty, somewhat simple online slot. The clever crossover between Hugo and football sets it apart from all the other football slots currently being released just in time for the World Cup.

The bonus features are similar to those in other Play’n GO slots, but that doesn’t bother us too much.

The game pace is good, and with the penalty bonus, you can score some excellent payouts.

In short: a successful snack, especially if you’re a football fan.