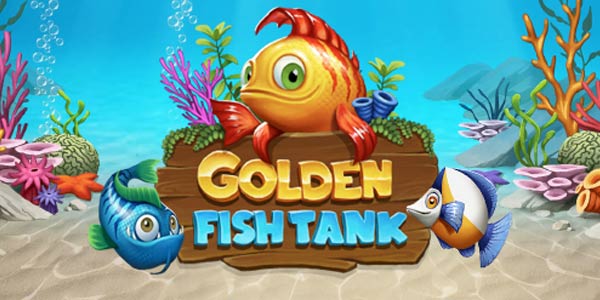 Golden Fish Tank can win you formidable high prices. Yggdrasil slots typically require a lot of perseverance and luck, but their free spins bonuses can often bring in the big money, the moolah, the mucho dinero. El Casho.

Yggdrasil’s release was one of the many top releases in 2016, the year in which Yggdrasil proved once and for all that they are at least as good as the big players in the industry. In 2016, they released rock-solid titles like Monkey King, Vikings Go Wild, Nirvana and Seasons.

We certainly found Golden Fish Tank to be one of the best, with its free spins bonus, an exciting pick-em feature and a Golden Bet option, which, once activated, gets you extra picks. 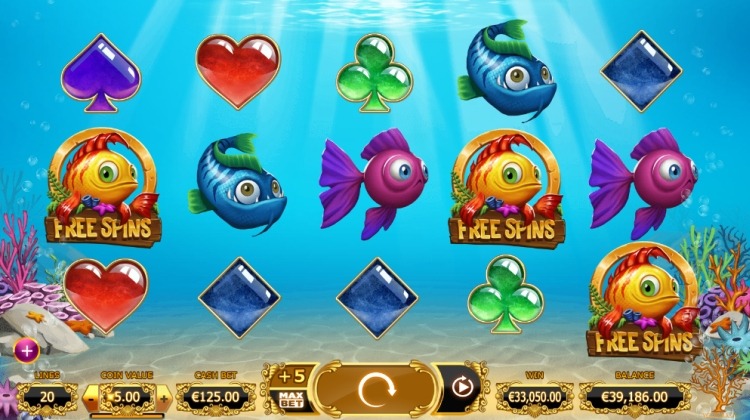 What are the payout rate and variance of Golden Fish Tank?

The theoretical payout rate of Golden Fish Tank is an excellent 96.4%. At least, if you activate the Golden Bet. If you don’t, the payout rate is only 95.9%.

We have written about slots with varying payout rates before, and Golden Fish Tank is a perfect example of that.

So, remember to activate the Golden Bet function for the highest return to player! 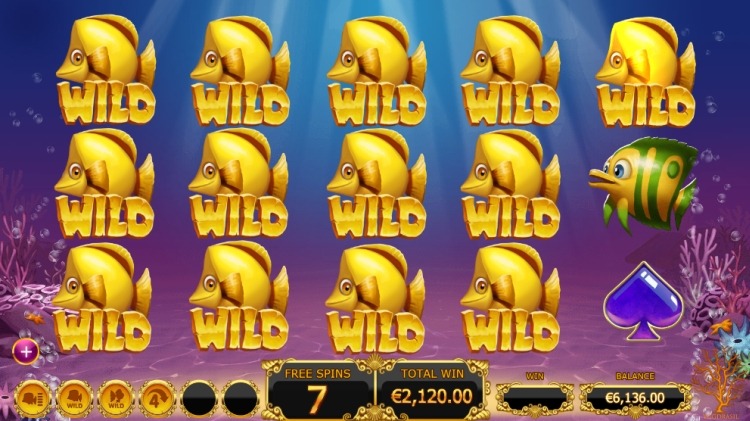 How does the Golden Fish Tank slot work?

Graphically, Golden Fish Tank is a feast to the eyes: cute, colourful fish and gorgeous animations.

The playing field consists of 5 reels with 20 fixed paylines.

The betting range is between $€ 0.25 and $€ 125 per spin. This range is with the Golden Bet activated. The Golden Bet increases the bet by 5 coins per spin.

Besides a higher payout rate, this Golden Bet also gives you a significant advantage in the bonus game. We’ll come back to that later.

The fish are worth the most: they yield you between 250 and 150 coins for 5-of-a-kind on an active payline.

The card symbols are good for between 50 and 75 coins. The goldfish itself plays the most crucial role. Land three or more of these happy fellows on the reels to activate the free spins bonus. Then this video slot all of a sudden can take off like a rocket! 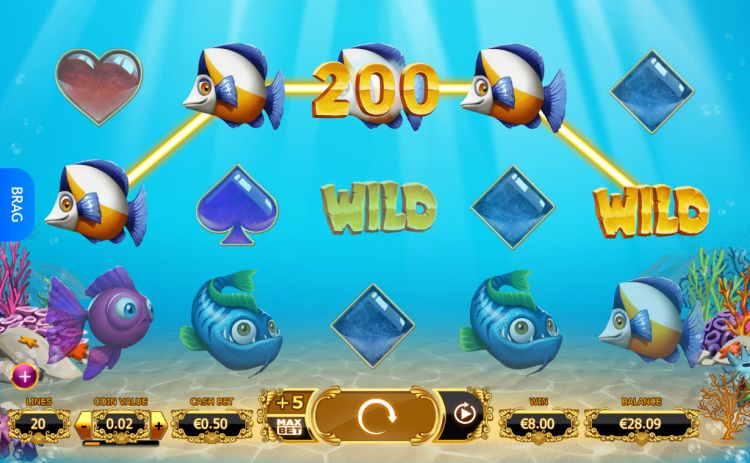 As soon as 3 or more scattered Goldfish symbols appear on the screen, the bonus is activated.

You move to the free spins bonus, where you win free spins, and extra feature picks.

These feature picks give an extra boost to the free spins.

In case you have activated the Golden Bet feature, you get 1 extra feature pick. That may not sound like much, but that one additional booster can make an enormous difference to the result.

Before you start the free spins bonus, you will be redirected to a new screen where 18 jugs and shells are displayed. Behind each jug or shell, an extra feature is hidden to help you win even more cash. We’ve seen this bonus mechanism before in Netent’s Secret of The Stones.

You can win the following bonus features:

The best scenario is to pick a fish, which turns wild and stacked. It’s rare, but you are almost guaranteed to have a fish tank full of wilds in at least one of the free spins if you succeed. The sky is the limit!

Our verdict on the Golden Fish Tank slot

Golden Fish Tank is a beautifully executed online slot by Yggdrasil. Its variance is quite high.

You wouldn’t expect that from such a cutesy slot, so it might take some getting used to. Don’t forget to keep the Golden Bet feature activated at all times – you’ll be grateful for it when you win the bonus feature.