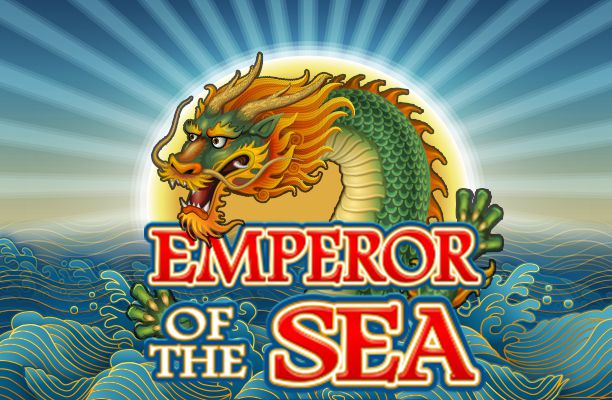 What’s interesting about this slot game is that it’s a classic slot, but done in a mobile-first design, obviously trying to fill the niche of classic slots that look good on mobile, because so many do not. So despite the classic theme, the game was released in March 2017, and the more you play it, the more you will see what an instant classic it is.

Though you’d never guess from the title, Emperor of the Sea features an Ancient China theme, and the game puts you in the role of a naval army commander

For players who enjoy classic slots, that is. 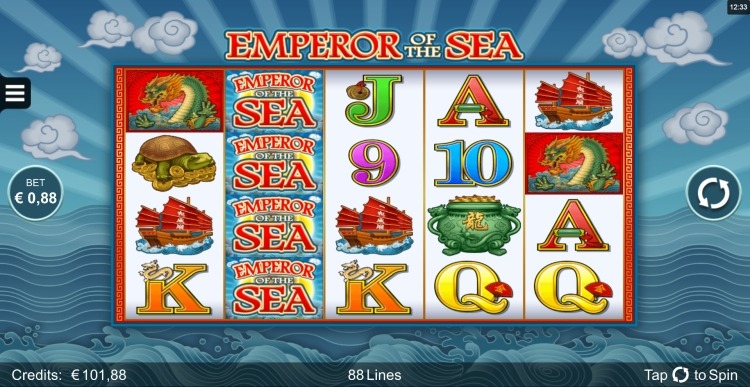 You can win up to 1,650,000 coins in Emperor of the Sea, which is impressive, and there is no doubt that many players will be drawn to the game because of this alone. The game features some of the favourite Microgaming features such as Rolling Reels, and this slot game is indeed better than it looks at first sight.

It has found a delicate balance between variance and payout, it is lots of fun to play, and it is exciting when you hit that big win.

Bets can range from $0.44 to $44, and you’ll choose your bet by moving the slider. This range isn’t really big and also allows players with a smaller budget to play the game as it costs a minimum of $0.44 to spin the reels.

There are 88 pay lines, and the game features five low-paying symbols, five high-paying symbols, a paying Wild and a multiplier Scatter. Wilds are stacked in both base game and free spins. 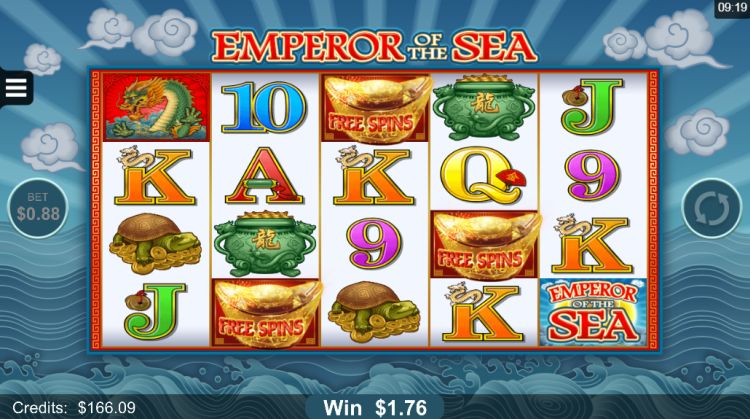 Three or more Scatter symbols trigger 8 free spins, and these free spins feature Rolling Reels and Growing Wilds. Rolling Reels is an already seen Microgaming feature that collapses the winning symbols to replace them with new ones, effectively giving you a free spin every time you win.

The Growing Wilds is a great little feature in which Wilds grow by one Wild per spin for a maximum total of 15.

These two features ensure that the bonus game is something to look forward to, as it can produce mega wins. Rolling Reels will give you more than one win, probably four or five in a row. In short, the bonus game will pay a lot, even without hitting that big jackpot win. 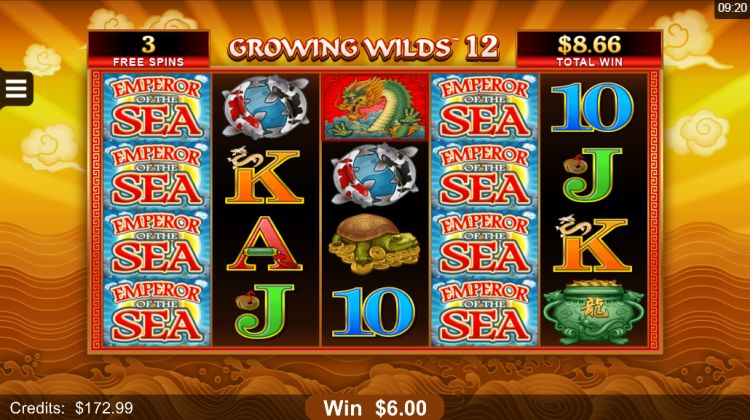 Our verdict on Emperor of the Sea by Microgaming

The theoretical return to player (RTP) is 96.28%, which is a decent level. This means Emperor of the Sea fulfils the role of a quality slot game, and it’s winnable, especially if you get to the bonus game early enough.

This game ticks all the boxes a classic slot player demands, especially if he happens to be playing on mobile and if he wants the kind of game that has the potential of a big coin win.

There is no doubt Emperor of the Sea will be the preferred choice of many a casino player for a long time.