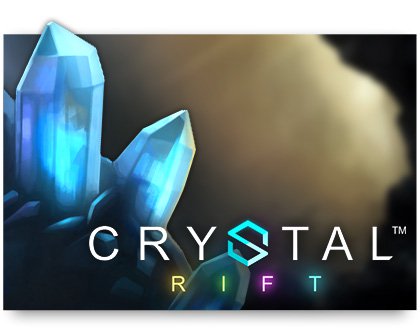 Crystal Rift is a beautiful video slot by Rabcat

This rather small game provider creates slots for the Microgaming platform and already has some exciting slots to its name, including Castle Builder II, Castle Builder and Moby Dick.

Crystal Rift was announced with lots of hype: unique gameplay, beautiful graphics and exciting worlds, so it sounded from the mouth of the slick marketing guys.

There is no unique gameplay for sure: the game mechanism, with respins and fixed game patterns, is borrowed directly from the Yggdrasil slot, Incinerator.

Graphically Crystal Rift is an absolute gem: the crystals, planets and wilds look breathtaking. The visual splendour reminds us of Netent’s Elements slot, and that is a great compliment – we still think Elements is one of the most beautiful slots ever made.

Crystal Rift is all about the extra wild symbols you can earn. These are hidden behind the reels in fixed formations. It’s up to you to unlock them, and you do this by spinning a winning combination several times in a row. 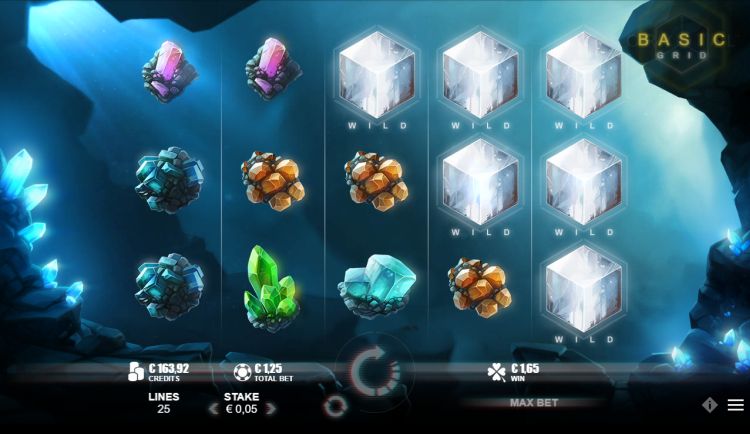 How does the Crystal Rift video slot from Rabcat work?

The theoretical payout percentage is set at 96%: fine. The variance is medium. You can collect up to 50,000 euros per spin on the maximum bet, which amounts to 1,000 x the total bet.

There are 10 different crystals, the most important being the silver crystal. If you spin 5 of them on an active payline, you win 1,000 coins. The same goes for the orange crystals. 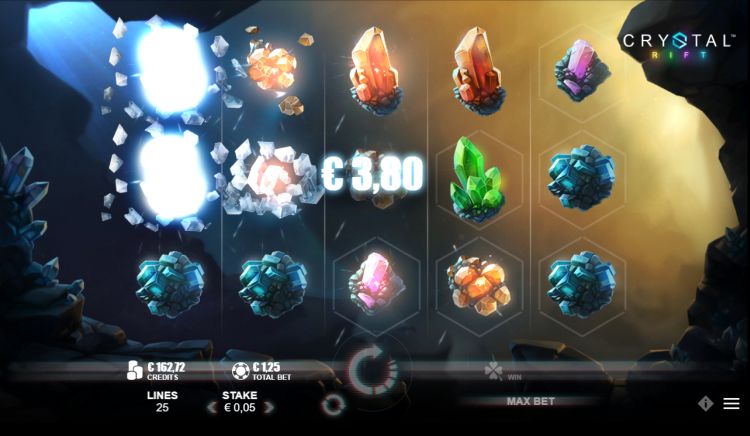 If you can make 3 winning combinations in a row, you unlock one of the Wild Grids.

There are 4 types of Wild Grids: Basic, Super, Mega and Insane. The Basic Grid will generally pay out the least, while the Insane Grid will earn you the highest average winnings.

Each grid creates a minimum of 2 and a maximum of 9 wild symbols placed on the reels in different formations. 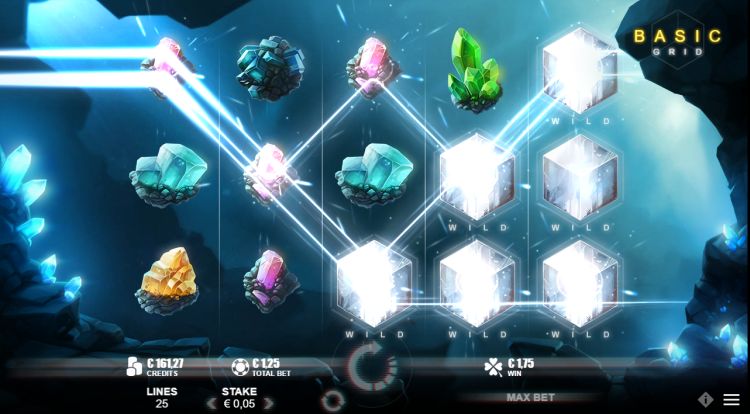 Our verdict on the Crystal Rift slot machine

Crystal Rift is not only a lovely Rabcat slot to play; it also looks desirable.

The Wild Grid feature builds up the tension well: especially if you know there is an abundant grid ahead, with possibly high payouts, waiting for you.

The payout percentage is excellent and the maximum payout of 1,000 x the total bet will appeal to most players.