Crystal Quest is a jungle-themed and also an Aztec-themed slot. The background has some temple walls in a jungle, and the slot features many colourful gems and crystals.

Thunderkick loves to stand out. Often, they introduce some bizarre animals, such as in Pink Elephants 2. It’s no different here.

The main characters are not the usual adventurers (like Gonzo in Gonzo’s Quest or Rich Wilde in the many Play’n GO slots) but two remarkable beasts.

The most prevalent one is a Monkey who is a General at the same time (“Monkey General”), and the other one is a Snake who is also a Henchman (“Snake Henchman”). Henchman stands for an unimportant person. I guess we know who the boss is in this jungle!

And that’s massive for a Thunderkick slot. Only Riders of the Storm and Carnival Queen have higher maximum wins. 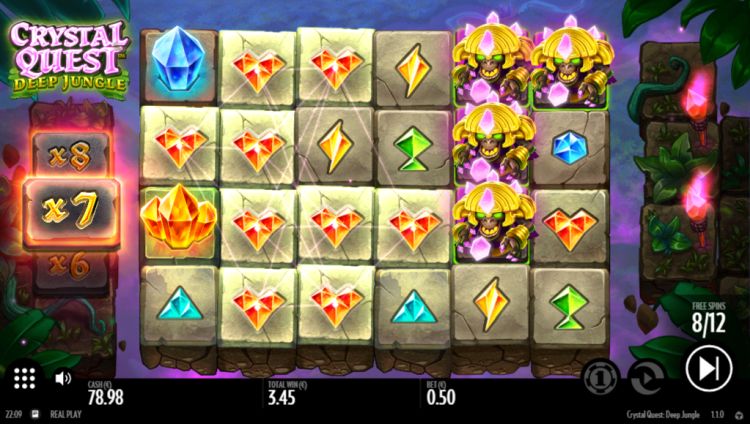 Furthermore, you have a Wild symbol (a “W”) that replaces all symbols except the scatter, the purple-gold treasure chest. You also have Mystery symbols.

The gameplay has built-in the Avalanche (Cascading or Tumbling) mechanism.

After a winning combo, you get a free respin, and the winning symbols disappear, and new symbols replace these. The respins continue as long as you keep on making winning combos.

There is also a multiplier that increases by +1 with each respin. The multiplier only resets once you fail to make a new winning combo. 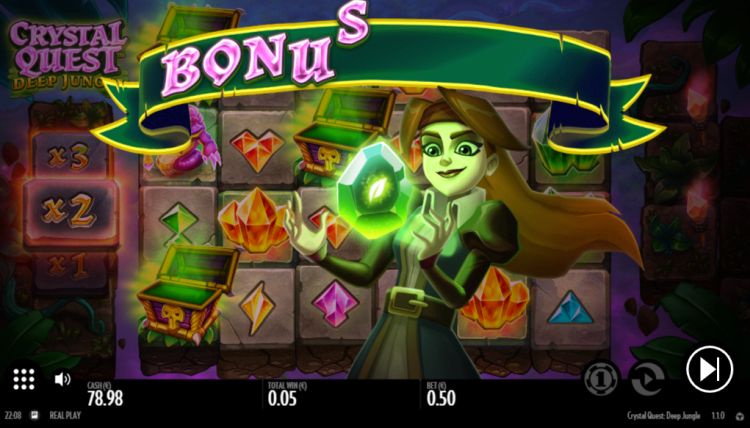 How to get the free spins?

3 Scatters gets you 12 free spins. For each scatter you spin during the free spins, you get another 3 free spins, and there are no limits.

The free spins: the Wild Explosion Feature and increasing multipliers

The gameplay of the bonus game (the free spins) is the same as that of the main game, but there are two essential differences.

The Wild Explosion Feature: if you don’t get a winning combo, but do get a Wild, the Wild symbol explodes. All symbols on the same reel and row disappear and are replaced by new symbols. Therefore, you get a second chance to make winning combinations.

Increasing Multipliers: the multiplier continues to rise after each winning combo and does not reset if you fail to make one.

The recipe is to spin as many winning combos as possible at the beginning, to get a multiplier as high as possible. If you land a lucrative combo afterwards, it can go sky-high. Don’t forget that you have 4,096 ways to win! 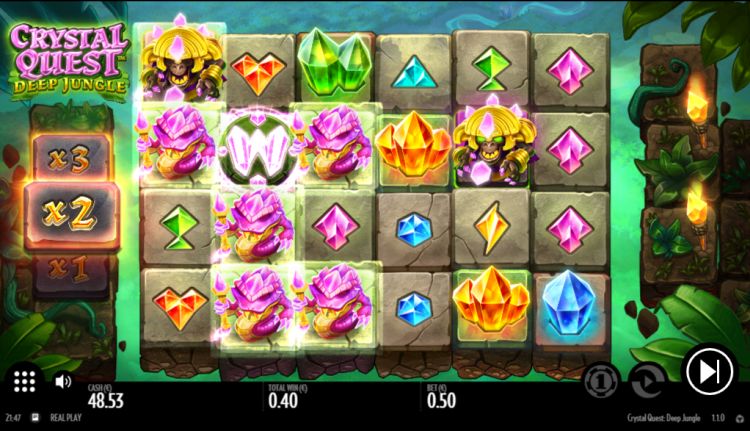 The payout percentage is 96.14%, and that’s fine, although it’s not resoundingly high.

The volatility has a value of 8.41, according to Thunderkick. Freely translated, this means that the variance is medium to high despite the relatively high max win. 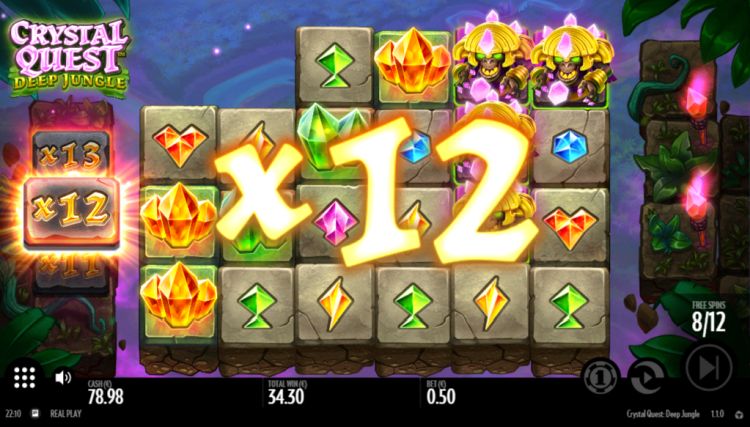 This Thunderkick slot suits players who don’t want to play an overly complicated slot, but seek entertainment and laughter. And the fact that some wins can be a massive helps!