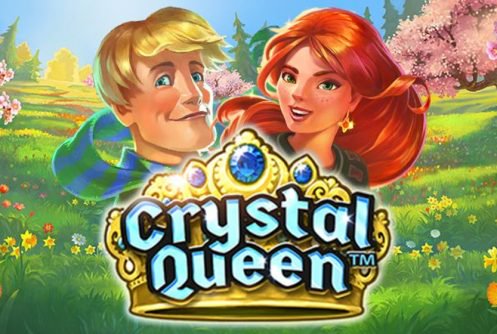 Again, the star of the show is an ice queen who can freeze up everything. In this case, she turns the paylines and symbols into ice. Your job is to let them melt to get more paylines and extra multipliers. The slot looks just splendid: once again, Quickspin’s design team has done a great job. We come across many “familiar” symbols from the movie, such as the moose, the ginger princess and the blonde, somewhat clumsy, farmer’s son with his heart in the right place.

Furthermore, the slot is full of original and unique features, such as the avalanche function, extra respins and increasing multipliers. Such a pleasure!

What are the payout rate and the variance?

Crystal Queen has a payout rate of 96.16%. This could have been a bit better as far as we’re concerned, especially when you know there are many better-paying slots around.

The variance is low, which means you’ll hit many rather small combinations, and the bonus round will be activated regularly. Your money can last long, and you can buy a lot of playtime and entertainment. 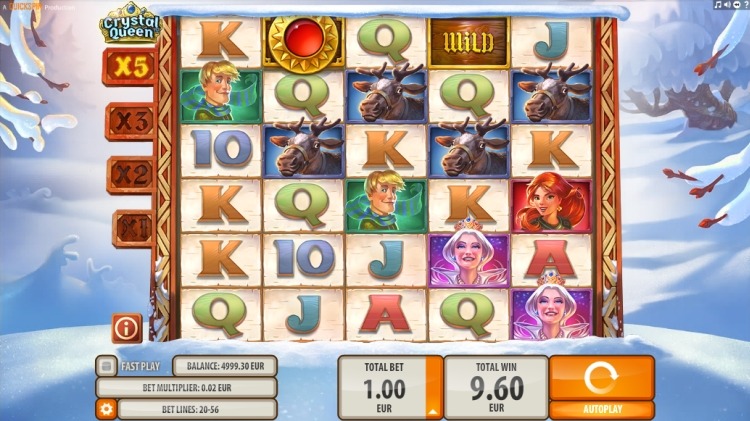 Crystal Queen is played om a 6 x 5 reel setup. During the first spin, symbols drop on the first three reels only, so you start with 20 paylines. Each successful spin lets more symbols melt, and new paylines are unlocked. Once you have freed up all frozen symbols, the game has 56 paylines.

That’s not all. Crystal Queen has several unique game mechanisms:

What’s nice about Crystal Queen is you can make a lot of winning combinations with one spin, especially if a couple of spreading wilds hit the reels. It allows you to grab multiple payouts as well as a nice multiplier in just one spin.

So, despite the relatively low payouts for the symbols, Crystal Queen can award some tidy, medium-sized wins.

Moreover, no two games are the same, so this slot never becomes boring. 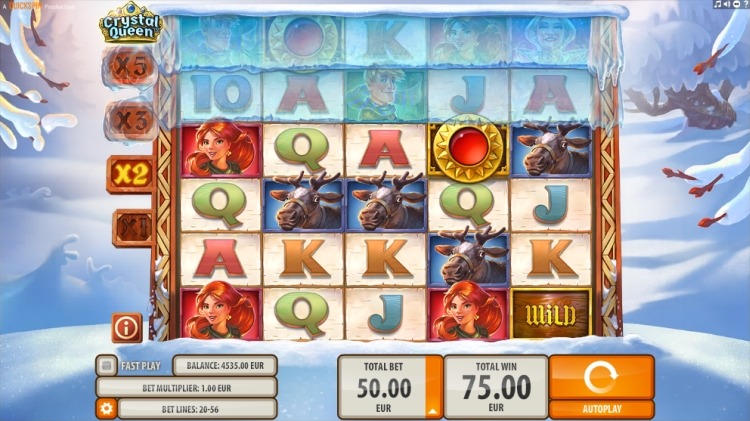 Three red scattered symbols earn you 10 free spins. Contrary to the primary game, you now play with all paylines and winning combinations from left to right as well as from right to left. The symbols are stacked to add even more cachet to this free spins party, and multipliers up to 5 x remain active. The spreading wilds also show up during the free spins bonus.

In the bonus game, retriggers are not possible. You get ten free spins, and you’ll have to make do with it.

Our verdict of the Crystal Queen slot

Crystal Queen is our favourite Quickspin slot. We even like it better than Big Bad Wolf.

Graphically, Crystal Queen is a gem, it has a lot of fun and exciting features, and we were able to hit the bonus quite often. Crystal Queen never gets boring, thanks to the melting paylines and the avalanche function. So every spin is a new chance, and you never know what you’re going to get.

In short: Crystal Queen is a must for every video slot aficionado and definitively deserves to be played.