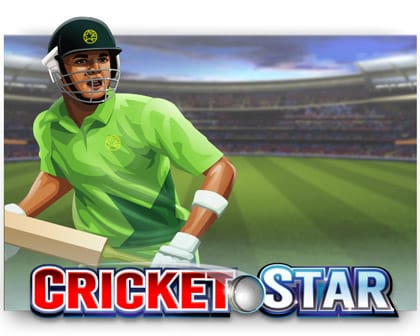 Bets can range from $0.50 to $250 per spin, and there are 243 pay lines. The maximum win is 60,000 coins, and the maximum for a single playing session is 105,000 coins. The cricket player symbols are so well drawn that you’ll have to look closer to find out if it’s a photo of a player or a drawing. Plus, they are slightly animated when they form a winning pay line. The players wear equipment that resembles the ones used by the national teams of England, India, Australia, South Africa, Sri Lanka and Pakistan.

Microgaming appropriately released this one in February 2015, just in time for the 2015 ICC World Cup, organized by Australia and New Zealand.

But this isn’t just a cricket-themed slot game, as you will find out if you give it a chance – this is one of the best Microgaming slots, and it comes packed with bonus features. 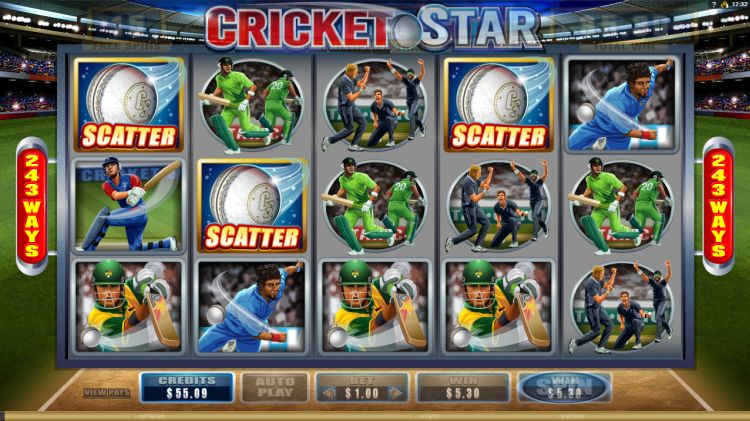 There are more than 40 Wild symbols on the reels, so they come up often, and they are stacked on reels 3, 4 and 5.

The Wild Wickets feature will randomly turn reels 2, 3 or 4 into a wild reel, accompanied by a guaranteed win.

Rolling Reels is a unique feature that’s active all the time except during Wild Wickets. The symbols forming a winning pay line will explode and be replaced with new symbols, essentially giving you a free spin every time you win. If you land another win, then you activate Rolling Reels again. Wilds explode too, even a wild reel does, but you again get Wilds.

But that’s not all, the Rolling Reels will be active during the free spins game, and this time it will also award up to a 10x multiplier. This will produce some giant wins. 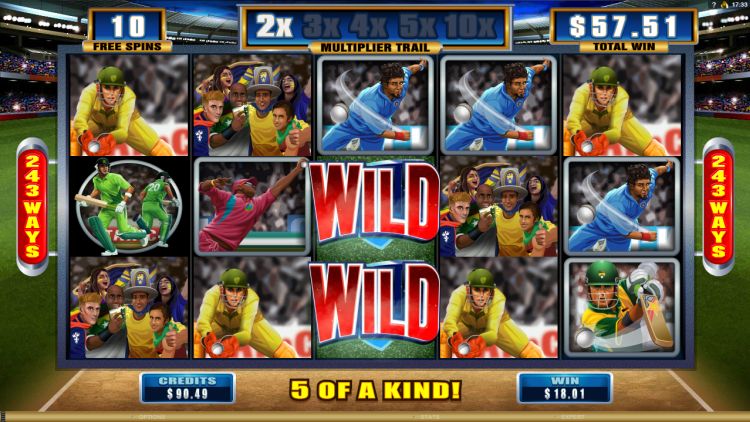 Free Spins Bonus up to 25 free spins with multipliers

The Cricket Ball is the Scatter, and when you get three or more, you will trigger free spins, which is the real bonus feature in this game. For three, you’ll get 15 free spins. For four, 20, and for five, you get 25 free spins. During the free spins, there is a multiplier that can go up to 10x to give your winnings that much wanted boost.

To make a long story short, free spins are very rewarding in Cricket Star, mainly because of the Rolling Reels feature and the multiplier of up to 10x. 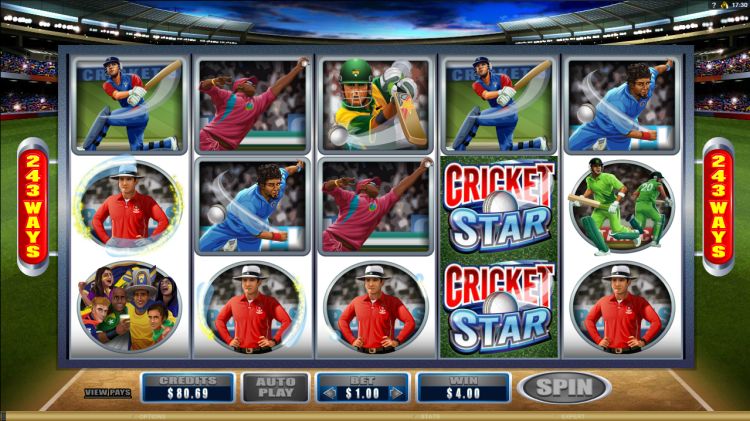 Our verdict on the Cricket Star slot

The theoretical return to player (RTP) for Cricket Star is 96.00%, which isn’t unusually high. Even so, the game feels like it’s quite generous with its payouts, especially when you hit one of the bonus features, either in the base game or during the free spins. In any case, if you enter the free spins game early in your session, you will be walking away with a profit.

We love the Cricket Star slot, and chances are high you will feel the same.