It's an ice hockey skin of the same game as other Star titles (Cricket Star, Football Star). An excellent one, too, possibly the best of the bunch.  The Sports Star games differ little, and it's usually just a matter of which sport provided the best material for graphics (other than this one, cricket did) and which game you prefer.

Ice hockey did offer some nice graphics for this title, as the Scatter is a Flaming Puck, and it dominates the reels whenever it appears.

When it comes to the animations, they’re just stunning. Break Away is the best Sports Star title in this department, and that can be said for the entire theme of this game.

We have a feeling a lot of Canadian Online Casino players love this game, as hockey is that nation’s favourite sport by far. 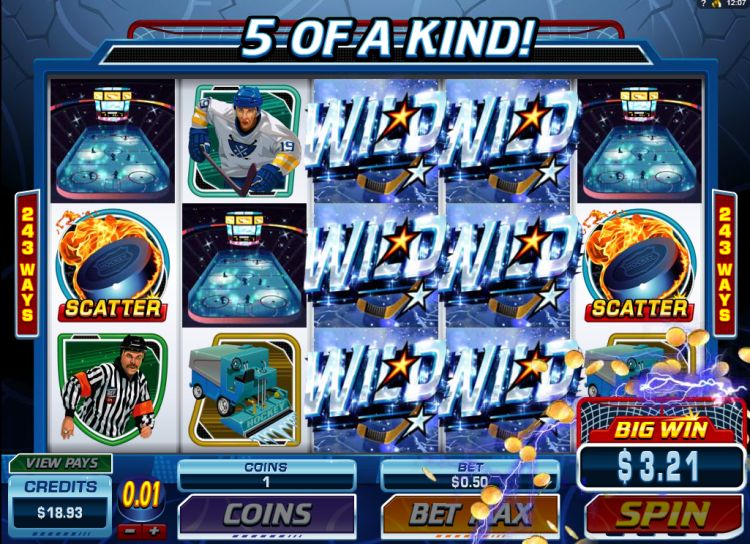 Break Away gameplay and bonus features

There are 9 symbols in Break Away, all with animated artwork, plus the Wild and Scatter symbols.

There are 243 ways to win, and the minimum bet per spin is $0.50, while the maximum possible bet per spin is $50. The base game is exciting as it has the Rolling Reels feature, where the winning symbols will collapse to be replaced by new ones, and it can go indefinitely, as long as there’s a winning combination formed.

Wild symbols collapse as well, but you will nearly always get a new Wild in the old one’s place. You can also get Scatter symbols during this feature so that you can complete the three-of-a-kind in this manner.

Randomly, the Smashing Wild feature will trigger, hockey players will appear on the screen and make one entire reel wild.

Of course, since this is a 243-payline slot game, you’ll get the best value from your wild reel the further to the left it is. The wild reel is there for one spin only; there are no Rolling Reels here. 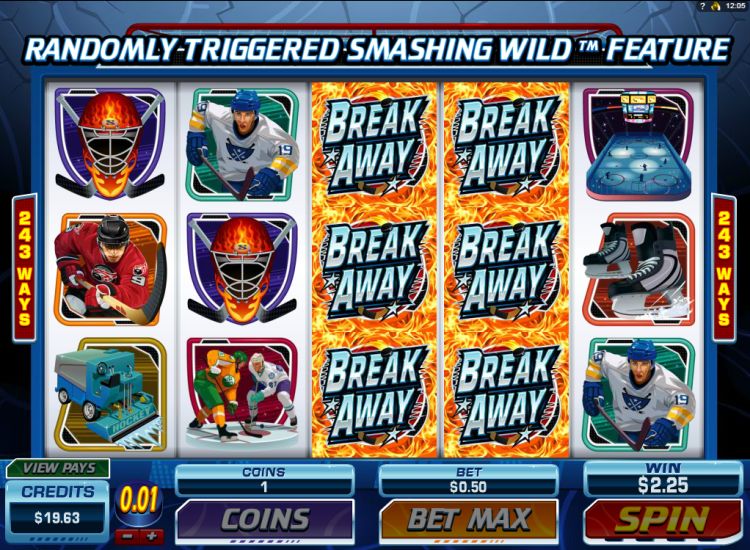 The bonus game includes 15, 20 or 25 free spins, depending on the number of Scatters you had, and Rolling Reels are active here. After each win, the multiplier will increase, up to a possible multiplier of 10x if you hit five wins in a row with the help of the Rolling Reels feature.

A maximum possible win during the base game is 120,000 coins, and this increases to 240,000 coins during the free spins game. 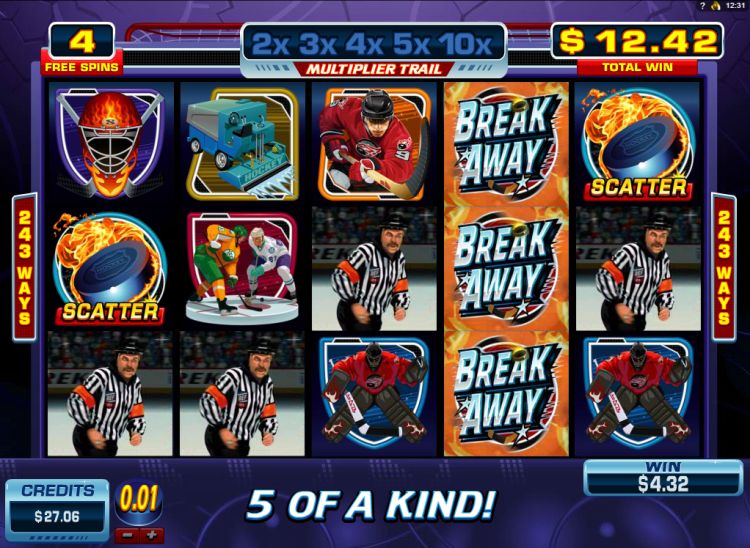 Our verdict on the Break Away slot by Microgaming

Break Away is a medium to high variance game, as it will be demanding a lot of patience and a large bankroll from you if you want to make it to positive. The wait for the free spins feature can be very long, and even when it happens, it isn’t sure you’ll win more than you lost during all those base game spins.

The game features a return to player (RTP) percentage of 96.42%, which is pretty decent.