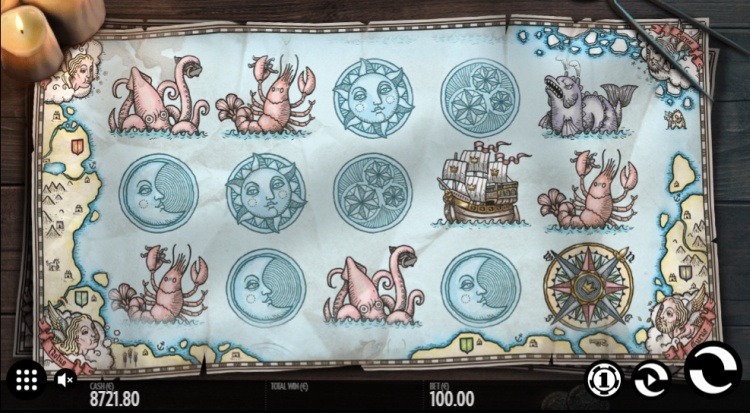 What are the best (and worst) paying Thunderkick slots?

Thunderkick’s slogan, “We are Thunderkick, and we make games”, could not reveal better what Thunderkick is and what they stand for. They stand out without bragging.

Thunderkick – original, quirky slots, and some have an outstanding RTP

Thunderkick’s slogan, “We are Thunderkick, and we make games”, could not reveal better what Thunderkick is and what they stand for. They stand out without bragging.

Because it has a bizarrely high payout percentage of 98.6%. That brings us to my analysis of the RTP’s of Thunderkick…

The Return to Player (RTP) of Thunderkick slots is excellent in some cases, but it does not hold for all their slots.

The illustration below shows that a handful of Thunderkick slots (the red dots) have a much higher RTP than the average online slots (the green line). Yes, these are the slots to look for, and below I tell you which these are! 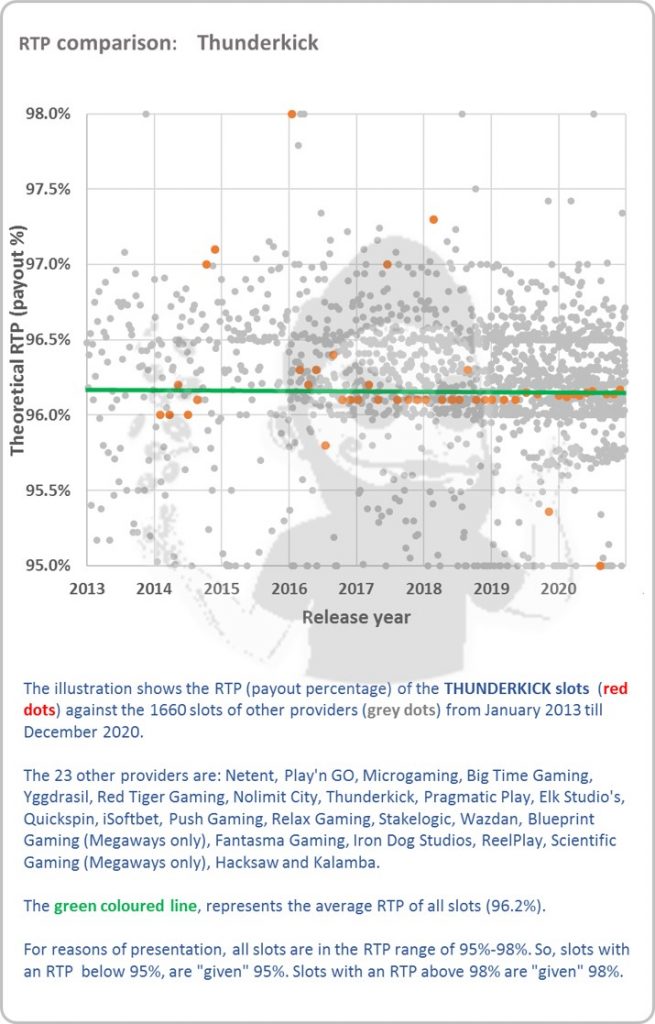 You also see that more than half of the Thunderkick slots are around the average (the green line). These slots have an RTP just above the 96% mark. 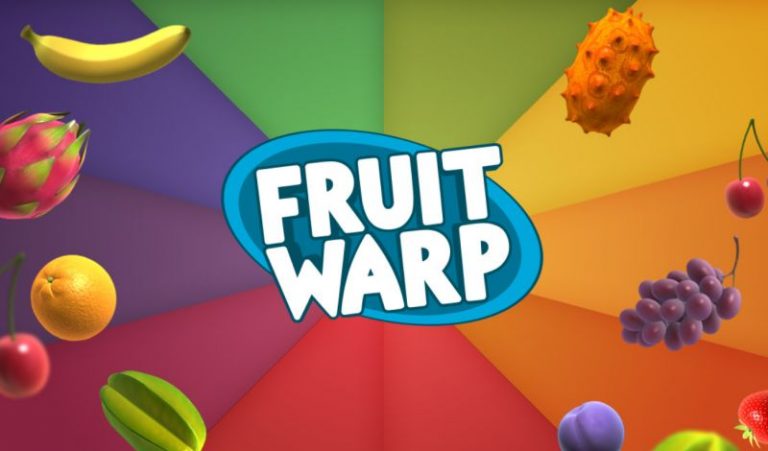 Why a higher RTP matters

Is this such a big deal? More than you think. If your starting balance is €100, but you’ll probably stake €500 in your session. Don’t forget that you stake your winnings, as well.

So you see that differences become more and more if you start to wager higher amounts.

The RTP has nothing to do with the volatility (or variance) of the slot. Variance says something about the variation of the sizes of wins.

Low variance slots payout smaller prizes and, on average, more often. It’s possible to win with slots, thanks to the variance of these!

The top 10 Thunderkick slots with the highest RTP

Indeed, you see that 1429 Unchartered Seas scores exceptionally well with an RTP of 98.60%. It won’t surprise you that most online casinos prohibit you from using this slot to unlock bonus money. Can you blame these casinos? But there are still plenty of other slots with an RTP of 97%.

The Thunderkick slots with the lowest RTP

Even though some Thunderkick slots have an excellent RTP, it is not the case for all of them.

Below I made a list of Thunderkick slots with the lowest RTP, and there are a couple of real stinkers here, with theoretical payout rates way below par. And yes, it is also essential to know which slots you can better avoid.

So, the slots to avoid are Jin Chan’s Pond of Riches and Sword of Khans and Babushkas. But the good news is that only three Thunderkick slots have an RTP below 96%!

Conclusions – Some Thunderkick slots have an excellent RTP, others, not so great

I conclude that a handful of Thunderkick slots have an excellent RTP (of at least 97%) and that there are only a couple of slots with an RTP below 96%. In summary, it is good to know you’re not ripped off.

If you are looking for Thunderkick slots with a high Return to Player or looking for superb Quickspin slots to try, you can check out the reputable online casinos in our list below.

These online casinos offer you the chance to play real money casino games or play with practice money.