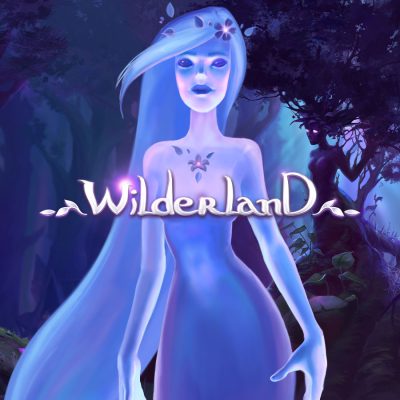 Sure, Wilderland is a stunning slot, but does it deliver the goods? Unfortunately, Wilderland only partly lives up to Netent’s standing of the past. From the slightly swaying tree people and the beautiful, dreamy fairies to the sublime animations: the Netent designers have transcended themselves. When we first opened Wilderland in the online casino, we felt that familiar Netent vibe: something special awaits us here.

As beautiful as the slot looks and as promising as the walking wilds with extra boosters are, the gameplay feels slightly sluggish.

The Walking Wilds Bonus features drop just too often, lose their element of surprise, and become ordinary too quickly.

The variance of Wilderland seems to lie somewhere between low and medium, and although that means a lot is going on all the time, it also feels a bit senseless.

You soon notice you won’t be landing big wins with this slot.

We truly feel that with Wilderland, Netent would have been able to compete at the highest level with those other new online slots in 2020 from NoLimit City and Play’n GO. 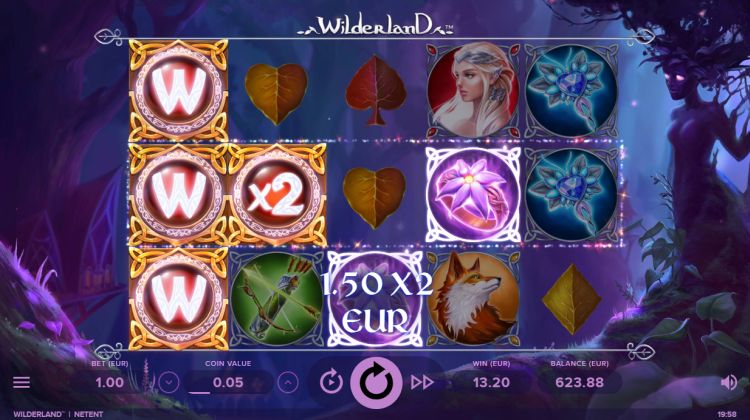 Wilderland is played on a 5 x 3 playing field of symbols and has 20 fixed paylines.

The theoretical payout rate is 96.16%. That’s not super high, but not bad either. You are taken to a magical, mystical forest, where nothing is what it seems.

The middle payline is an ‘activation line.’

When two wild symbols drop on this line next to each other, they become walking wilds.

You might recognize this concept from Jack and the Beanstalk.

In Wilderland, the wilds not only start walking, but they can also contain extra boosters:

Sometimes, when a stacked wild disappears from the reels, the Magic Wild feature is activated.

This sounds very complicated, but it only means a new stack of wilds appears on the 5th reel.

3 or more scatters will award you the free spins bonus.

Now the activation line is extended to the entire playing field, so you have a much bigger chance of hitting walking wilds, complete with possible boosters.

The bonus round is completed when no more walking wilds are on the reels.

If lady luck is not on your hand, this bonus only lasts five spins, but with some luck, you will get a lot more spins when the Wilderland fairy smiles at you! 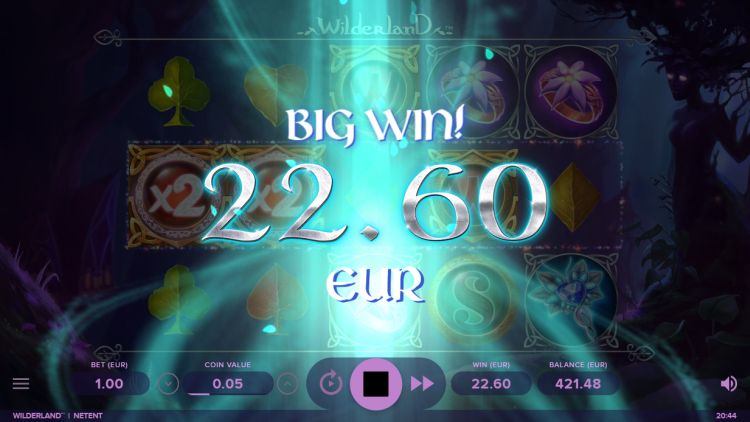 Our verdict on Wilderland

We really wanted Wilderland to be a fantastic slot, so Netent could redeem themselves from their current downturn.

On the visual level, Wilderland is picture-perfect, and with a more exciting mathematical model, it would surely have been a blockbuster. We are glad Netent is fighting to get on center stage again.

Unfortunately, the balance between the frequency of the walking wilds and their potential return is off.

Too often, you win a feature that hardly brings any money into your pockets, and that gets annoying fast.

Conclusion: Wilderland is a Netent slot that you should check out, if only for the beautiful visuals.

Whether the gameplay matches your player profile is something you have to determine yourself.