We didn’t accurately keep track of it, but we would be surprised if this Swedish game creator didn’t release the most new online slots in 2019. What is even more surprising is that this high production rate doesn’t come at the expense of quality, a problem that, for example, competitor Netent often faces.

Rise of Dead has an Egyptian mythological theme, in which the mummies, scarabs and ankh symbols pass by continuously.

There are 20 paylines, three bonus features, and a vast amount of money to win.

Visually, Rise of Dead is gorgeous but is the gameplay just as good? 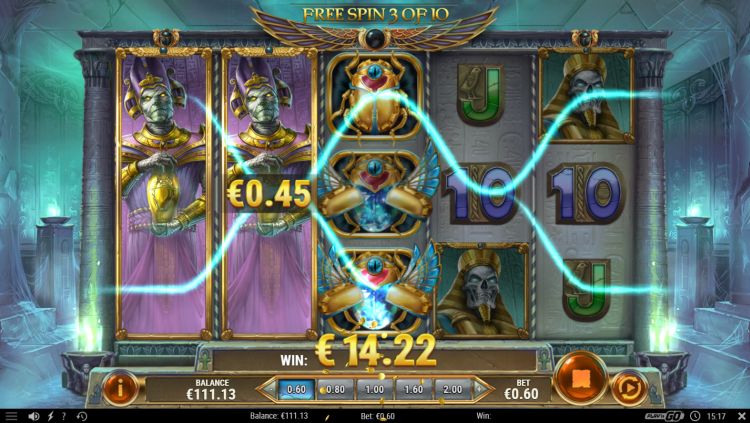 How does the Rise of Dead slot work?

Rise of Dead has the classic video slot setup, where you have 5 reels with 3 rows of symbols.

There are 20 fixed paylines, and bets are made with a fixed amount per spin.

If you win, anything on top of that is cancelled, not that that will happen so soon anyway.

It is possible to win 2,500 x the bet per spin during the bonus game. If it happens, it is already miraculous. The chance of it to happen twice within the same bonus round is astronomically small.

In terms of symbols, Rise of Dead is a relatively simple video slot:

In every spin, a symbol turns into a stacked symbol. During that spin, this symbol becomes a super stacked symbol and, therefore, can hit the reels more often.

It all sounds nice in theory, but you won’t notice this during the game. We only realized that this feature existed when we studied the rules of the game. And by that time, we already made several hundreds of spins on Rise of Dead. 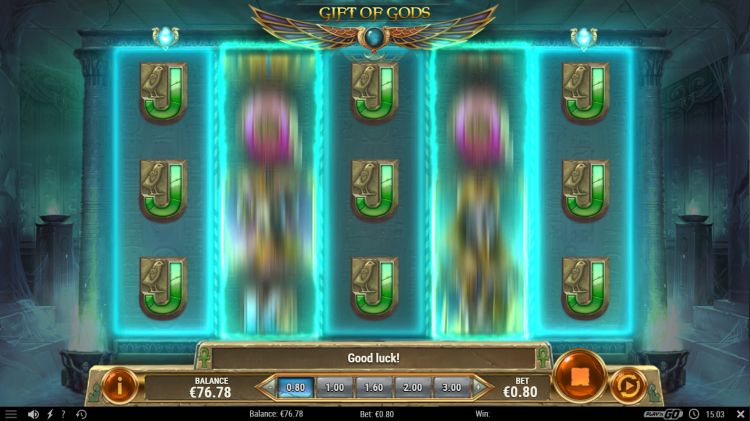 The Gift of God’s feature can be activated at any time. When reels 1, 3 and 5 contain the same symbol (usually one of the card symbols), you can have a go and fill the missing positions with the same symbol.

It is remarkably often that this feature results in a screen full of identical symbols.

Spin three scatters on reels 1, 3 and 5, and you have won the free spins bonus.

You start with 10 free spins, where during the spins, all mummies always expand. Also, the wilds are stacked during the free spins.

In combination with the wild scarabees, this can produce great results. A full screen with wilds is worth a massive payout of 2,500 x the total bet. 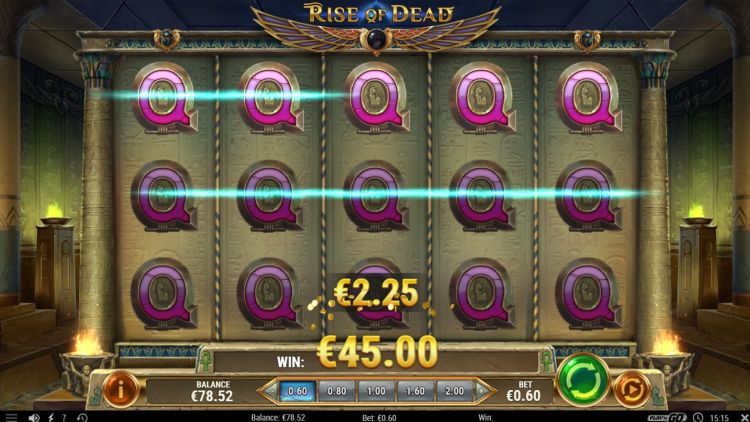 Our verdict on the Rise of Dead slot

Rise of Dead is a pretty exciting slot from Play’n GO and has some attractive bonus features. However, the slot does lack that little bit of magic to be seen as a real stunner.

The expanding reels allow you to grab great prizes, but not crazy ones. And that’s a pretty important detail.

You can win up to 2,500 x the total bet per spin in the bonus game. That makes it a medium variance slot.

In terms of atmosphere and gameplay, you get the feeling that you are playing a high variance slot.

It’s not easy to activate the bonus feature. Once you finally get it, often the result is disappointing.

In short: Rise of Dead is definitely worth giving a try. It is not an absolute winner, though.