Megaways slots are incredibly popular. It’s clear that players look for more excitement, and the idea of 100,000+ Megaways is way more thrilling than your run-of-the-mill 5 x 3, 20 paylines setup.

How different was that two years ago?

Netent has faced enormous competition and must have thought: enough is enough!

Yes, they already collaborated with Red Tiger Gaming on Piggy Riches Megaways and Gonzo’s Quest Megaways. But they dreamt of having their own license. Their slots will get much more exposure that way.

To be released in November 2020: Twin Spin Megaways and Divine Fortune Megaways

Twin Spin™ Megaways will be released on November 12th, 2020 and is confirmed to be one of NetEnt’s first Megaways titles.

Divine Fortune™ MegaWays is most likely to follow on November 24th, 2020.

The original slot has three progressive Jackpots. So also, this slot could become something spectacular. The combination of Megaways and progressive jackpots could add a whole new dimension to the existing Jackpot slots. 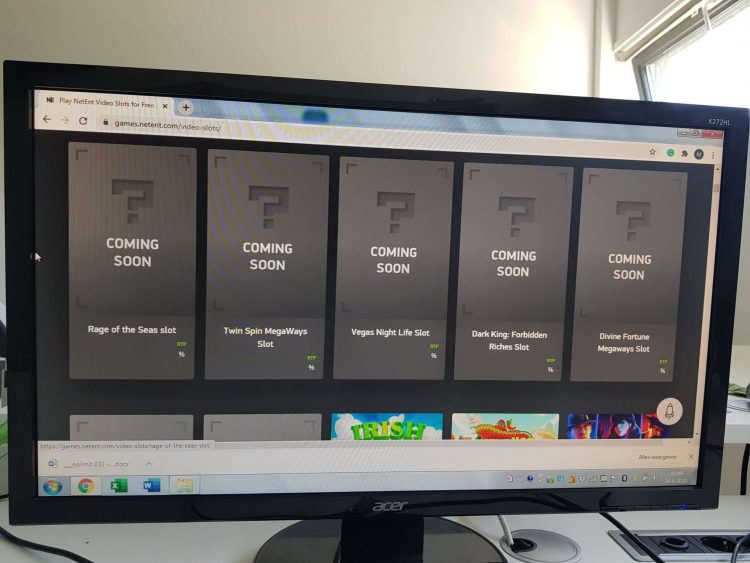 It’s not yet confirmed, but believe me that more new exciting slots will follow. Netent’s stock price has increased by 28% today (24-6-2020), and that’s no coincidence.

And so forth. It looks like we have woken up and that a great dream’s finally to come true!

A perfect synergy between Netent and Big Time Gaming

It’s a marriage that is almost impossible to fail. Netent has an enormous amount of famous slots.

So, Netent will get much more exposure.

And what about Big Time Gaming? Well, they will surely benefit!

They get a substantial fee on every euro, pound or Canadian dollar that is staked on a Megaways slot.

So, all in all, both providers benefit.

That’s an interesting question. I expect that Netent has negotiated some exclusivity agreement. If providers like Play’n GO also acquire this license, you can understand that Netent would not be too pleased.

But time will tell!

Is this beneficial for players?

In short, I can only confirm that it is! We have a more extensive range of Megaways slots, and who does not like fantastic slots as Gonzo’s Quest, Twin Spin or Devine Fortune to have a Megaways transformation?

In the end, we players want more excitement, more variety and more to choose from.

The downside could be that it comes with a price. I expect that the RTP will barely top 96% of these slots. The fee needs to come from somewhere.