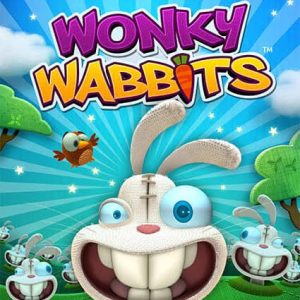 This Netent slot about rabbits is pretty lovely and exciting. This slot has 15 pay lines and, while lacking a free spins bonus feature, keeps the level of excitement high. Everything is won during the base game, helped by the Wild Duplication feature.

The minimum bet for all pay lines is $0.30, and the maximum is $150, which is just enough flexibility to allow players with all budgets to play this game.

Wonky Wabbits is an older title, having been released in early 2014 – you can tell because it uses Flash – but it stands the test of time and is one of the must-play slot games. 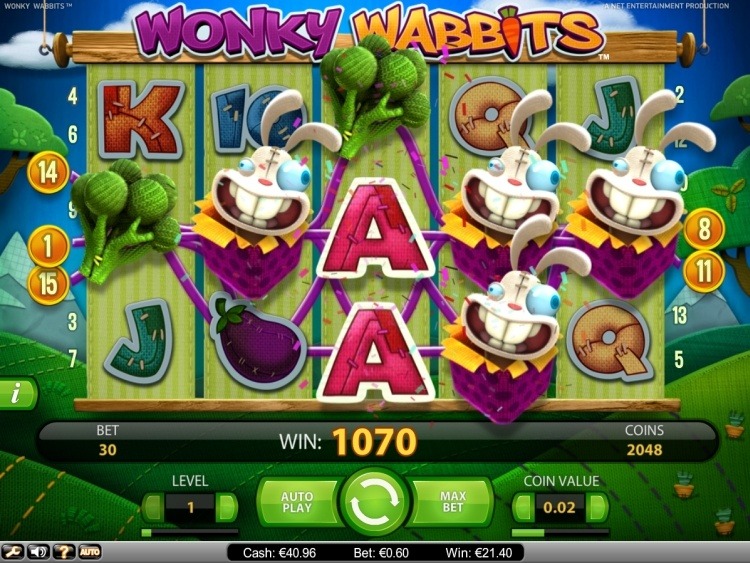 There are 10 symbols, five of which are the standard worthless symbols, and the five different Vegetables are the ones you’ll hope to see as much as possible on your reels as they produce those big wins.

There are no Scatter symbols in this slot game, and there is only one Wild symbol.

Whenever a Wild symbol appears anywhere on reels, you’ll see Wonky Wabbit eating through the reel’s canvas to produce another Wild.

If you start with two Wilds, you’ll get two more for a total of four, and so on. Not only that, every Wild is duplicated, but the duplicate appears at a spot where it will produce the most significant win.

This is a very welcome feature responsible, as most of the good wins will originate here.

There is nothing else to do here, which will leave more than one slot player scratching his head and asking if Netent forgot to introduce a main bonus feature. 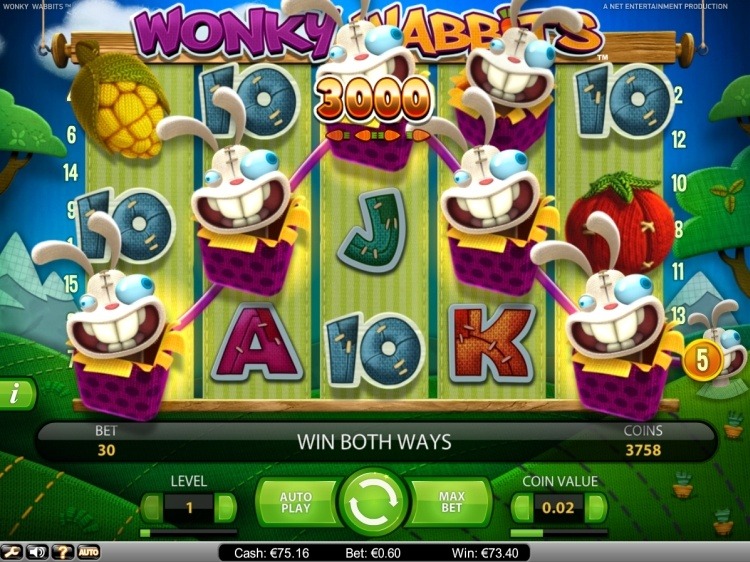 What all this means for the player is that there’s only one real feature, that it’s embedded in the base game, and that all the super mega wins are at your fingertips.

You don’t have to get three Scatters to win something (as there are no Scatters in Wonky Wabbits). There is no progressive jackpot, no progress bars to fill, nothing.

Just blind luck with those Wilds.

And these can produce a win of up to 390,000 coins, which is really something, and the equivalent of a major jackpot at some other slot game.

This means that all of this slot’s 96.44% return to player (RTP) is here in the base game.

Our verdict on the Wonky Wabbits slot

The graphics are nice, and the Wonky Wabbit character holds everything together with his whacky ragdoll appearance.

This theme has some spirit and creativity and combines into a well-rounded gaming experience.

Most slot players will enjoy Wonky Wabbits and see the value in the somewhat unique way this game is played, even if there is nothing to do but keep spinning the reels in the hope of a mega win triggered by the Wild Duplicate feature.