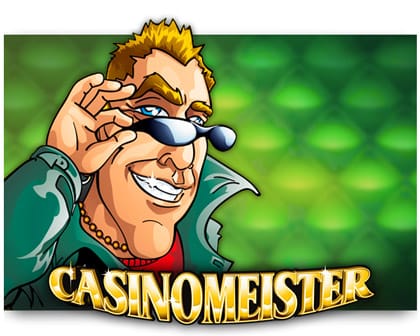 Just like us, they separate the wheat from the chaff and protect you from dodgy casinos. They have released a video slot based on the popular CasinoMeister in collaboration with NextGen Gaming is a unique and bold move.

Since 1998, Bryan Bailey’s popular CasinoMeister has made a name for itself as one of the better websites to go to for honest casino and video slot reviews

CasinoMeister has already proven to be one of the better sites for honest online casino reviews, and now they are going to challenge themselves to conquer a place in the world of video slots, too.

They didn’t have to spend too much time thinking about the video slot’s name because it’s called after the website: CasinoMeister.

The CasinoMeister theme takes place in a world where dodgy and honest casinos fight for players’ attention. For example, a dodgy casino is depicted as a villain in the shape of an ugly bad guy wearing a Gestapo-like coat.

What other symbols will you encounter during the game? And has CasinoMeister the quality of a masterly video slot?

We’ve got it all figured out for you. 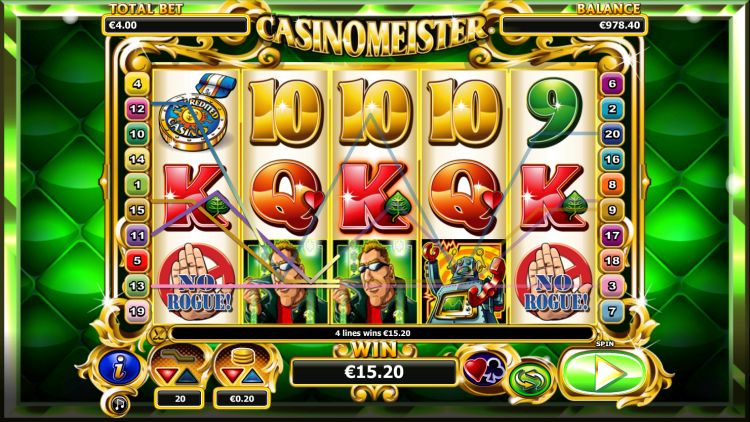 How does the CasinoMeister video slot work?

Of course, it’s up to you how many paylines you play with.

On the reels, you’ll find symbols related to the CasinoMeister theme.

The symbol with the most obvious connection to CasinoMeister is the picture of the cool owner, Bryan Bailey. This image functions as Wild Symbol and replaces all other symbols except for the Rogue (ugly bad guy), Behind Bars (the ugly bad guy behind bars) and the scatter symbol.

The reels also feature symbols with the CasinoMeister logo, the “Accredited Casino” medal, the beer glass and the “No Rogue” image. These are the medium-value symbols of the game and will award 15 to 1,500 x your bet.

Furthermore, you have to deal with the low-value symbols of the familiar card game symbols 9, 10, J, Q, K and A.

If one of these low-value symbols drops on an active payline, you will get 5 to 200 x your bet per line. 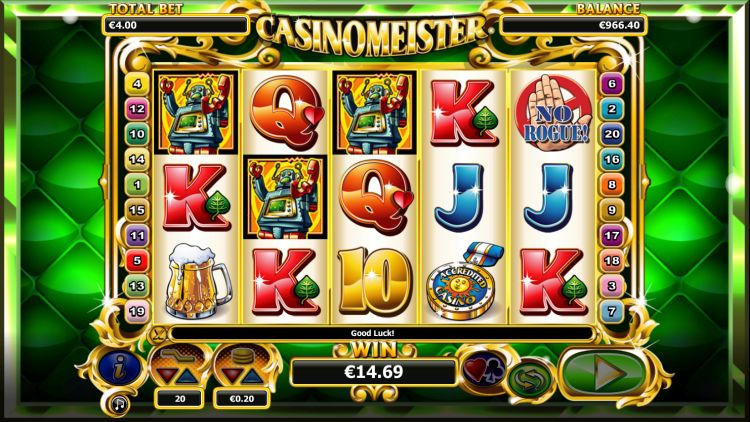 Payout rate and variance of CasinoMeister

We know that the payout rate of NextGen Gaming video slots is usually not the highest. In the CasinoMeister video slot, you also need to be satisfied with a Return to Player (RTP) of only 95.21%.

We estimate the variance to be medium. 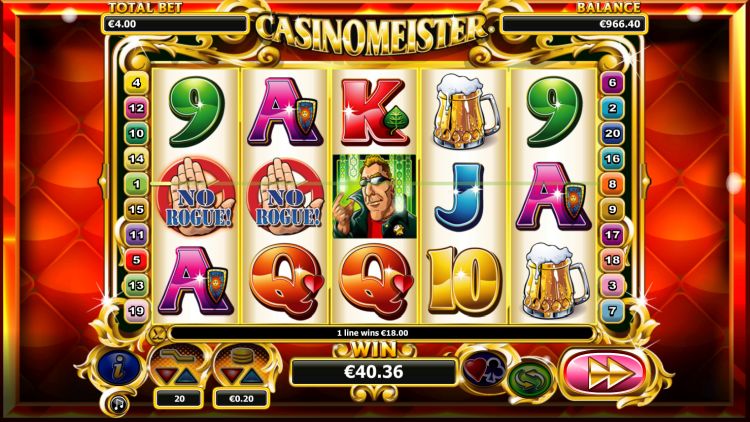 The CasinoMeister Bonus Game Feature is the only feature of this video slot. That’s not much, but this feature can be immensely profitable.

Finally, in the CasinoMeister Bonus Game Feature, the scatter makes its entrance. It consists of the Vortran robot symbol and the ugly bad guy with the Gestapo-like coat. However, this nasty villain, called the Rogue Symbol in the game, can award attractive prizes.

First, you need to unlock the free spins by getting at least 3 Vortran robot symbols (scatters) on the 5 reels. Then, you won’t win 3, 5 or 10 but UNLIMITED free spins.

Unlimited, until the ugly bad guy, aka Rogue Symbol, appears and throws a spanner in the works. This Rogue symbol represents all online casinos that do not follow the rules and deliberately deceive the players.

After the appearance of the Rogue symbol, you only have 5 free spins left. However, the image of the ugly bad guy behind bars, aka Behind Bars symbol, can change your luck. If you spin it during the 5 free spins, they will become unlimited again, and you can joyfully continue to increase your profits.

Our verdict on the CasinoMeister video slot

NextGen Gaming’s CasinoMeister video slot is not a masterpiece, but still, it is a slot I will play again.

This is mainly thanks to the CasinoMeister Bonus Game Feature, which provides you with unlimited spins in theory.

And even though the Rogue symbol’s appearance during the free spins always puts an end to them, you won’t mind the word ‘unlimited’ being used so loosely. Often you end up with 15 to 20 spins anyway, and chances are you leave the bonus game with generous rewards.